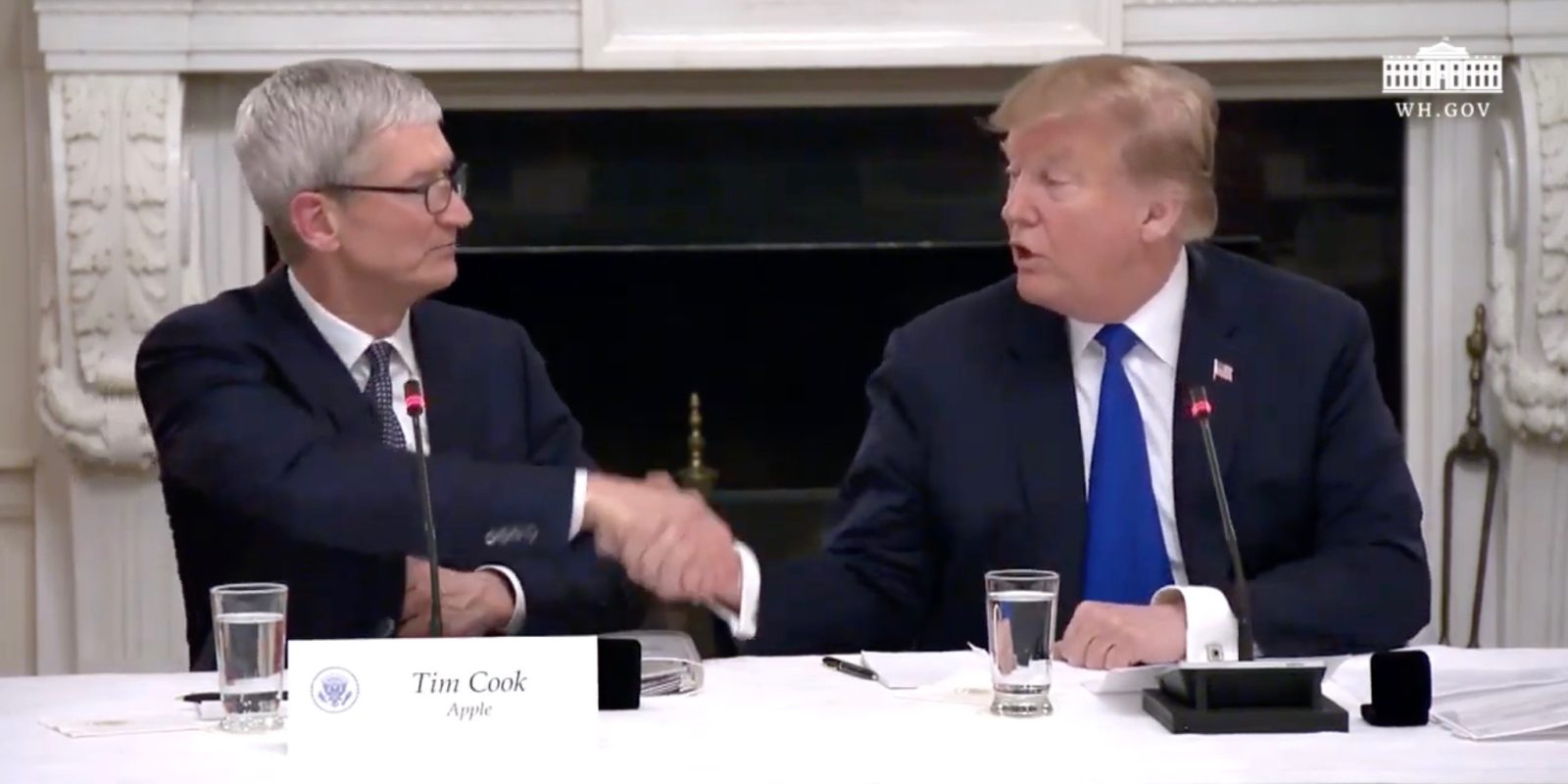 Tim Cook joined President Trump, Ivanka Trump, and others in Washington D.C. today for a meeting of the American Workforce Policy Advisory Board. Cook was named to the board last month, alongside other technology and retail executives, political figures, and more.

During the meeting, Trump praised Apple’s latest investments in the United States, attributing them to the recent tax code changes. “I’d like to start with Tim Cook, who has done an incredible job at Apple and become a friend of mine. He’s a friend because he does a great job,” Trump said. “He’s brought a lot of money back to the country because of the new tax law and is spending that money very wisely.”

Cook then went on to tout Apple’s focus on education. The Apple CEO explained that the company was founded by a college dropout, and that half of Apple’s U.S. employment last year were people without a traditional four-year degree. This, Cook said, is something Apple is “very proud of.”

“It’s an honor to serve on this council. I’ve always thought that America is so special in many ways, but at the heart of all of it is people. And that to me is what this group is about. Our company, as you know, was founded by a college dropout, so we never really thought that college degree was a thing that you had to have to do well,” Cook said.

“We’ve always tried to expand our horizons. To that degree, about half of our U.S. employment last year were people who did not have a four-year degree. And we’re very proud of that.”

On the other hand, however, Cook said that Apple wants to go further in its education initiatives. He explained that the company is focused on expanding the availability of skills like coding through its “Everyone Can Code” initiative. According to Cook, the Everyone Can Code curriculum has been adopted by 4,000 schools so far:

“We want to go further, and to that end we’ve looked to the mismatch between skills coming out of colleges and what the skills are that we need in the future, and we’ve identified coding as a key one. We believe strongly that it should be a requirement in the United States for every kid to have coding before they graduate from K-12 and become somewhat efficient at it,” Cook said.

“So, we’ve provided a curriculum and provided it to all schools in the United States. 4,000 have picked it up. Now, we have a lot further to go, but that is a start.”

Cook further touted Apple’s investments in Austin, Texas, and noted that he is fully aware that this coding push will require cooperation from the government, private sector, and educators.

“We’ve also done that with 80 community colleges and we’re really proud of that, particularly with the work we’re doing in Austin in providing coding education there. There’s a tremendous deficit in the number of jobs compared to the number of candidates so we are proud to take part and help get this alignment better between education and private sector.

We realize in something this large, it takes government, private sector, and education all in the same direction. And we’re very proud of it.”

Watch the full video fo the American Workforce Policy Advisory Board meeting below.