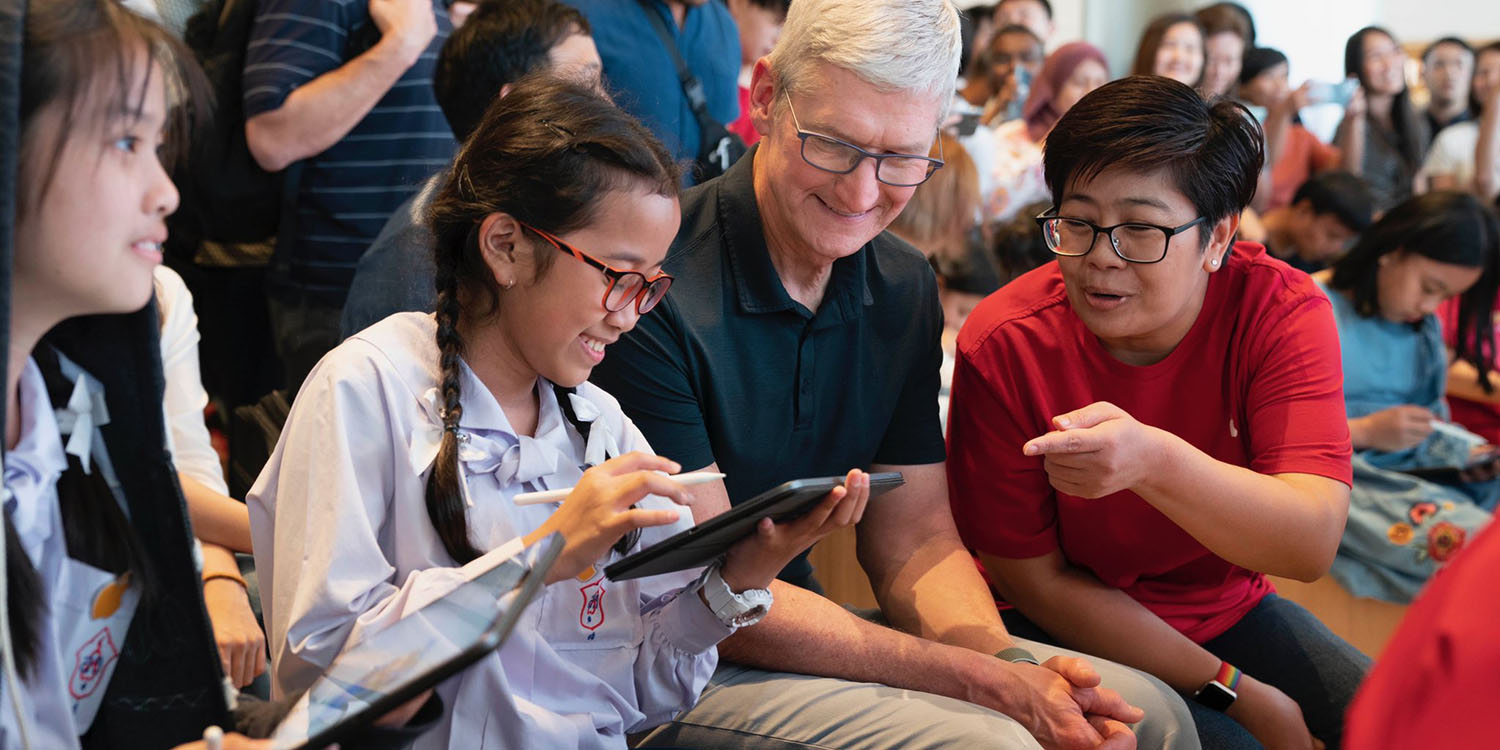 Tim Cook is continuing something of a whirlwind tour of Asia, after beginning the trip in Japan earlier in the week. From there he headed to Singapore and is currently in Thailand…

Cook was in Singapore on Wednesday and Thursday, where he met with Shot on iPhone photographers Darren Soh and Aik Beng Chia. He’s been tweeting details of his itinerary.

This was followed by a visit to the Orchard Road store, which opened in 2017 after much anticipation.

If we can visualize a greener future, we can make it real. Wonderful to take part in @MeshMinds’ #TodayAtApple session at Apple Orchard Road to see how children are harnessing the power of ARKit to keep our oceans clean.

A visit to some app developer high school students followed.

I am so impressed with the high school students in Singapore’s Swift Accelerator Program. They’ve been busy learning to code with @Tinkercademy teachers, and already have everything from AR to productivity apps live on the @AppStore! Nice work! #EveryoneCanCode

Along with some of the developers behind three Apple Arcade games.

Three of our amazing @AppleArcade launch titles were created right here in Singapore’s PIXEL space. Great to meet the teams at @TheGentlebros, @battlebrewpro and Tendays Studio. Your creativity and passion have captivated so many gaming fans around the world!

Also on the agenda were meetings with a Paralympian swimmer using an Apple Watch to help her training; actor, singer and producer Jon Chua; and Singapore Air, which uses iPads on the flight deck.

Cook’s Thailand tour began with a visit to the historic temple Wat Arun, after which he met young school students.

Beyond impressed with the students at Satit-Chula in Bangkok who are using Everyone Can Create to learn the science behind how day turns to night. Here’s to reaching for the stars!

This was followed by meeting the Thai women’s national volleyball team.

Congratulations to the Thai women’s national volleyball team for winning gold at #SEAGames2019! Great to meet Coach Danai, @nootsara13, @malikaboth and the rest of the team and see how they use Apple Watch and iPad in training.

And finally, for now, meetings with developers and young Swift students.

It made my heart sing to spend time with Thailand’s WWDC scholarship winners Kiratijuta and Patcharapon. Amazing to see how your careers have taken off since WWDC! And great to meet studygrammer Peanut Butter who brings intricate Thai handwriting to life on iPad. Stunning!

Amazing to see the next generation of developers having a blast with Swift Playgrounds today at Apple IconSiam! Thanks to the team for a warm welcome!

There will doubtless be further updates as Cook’s tour of Asia continues.