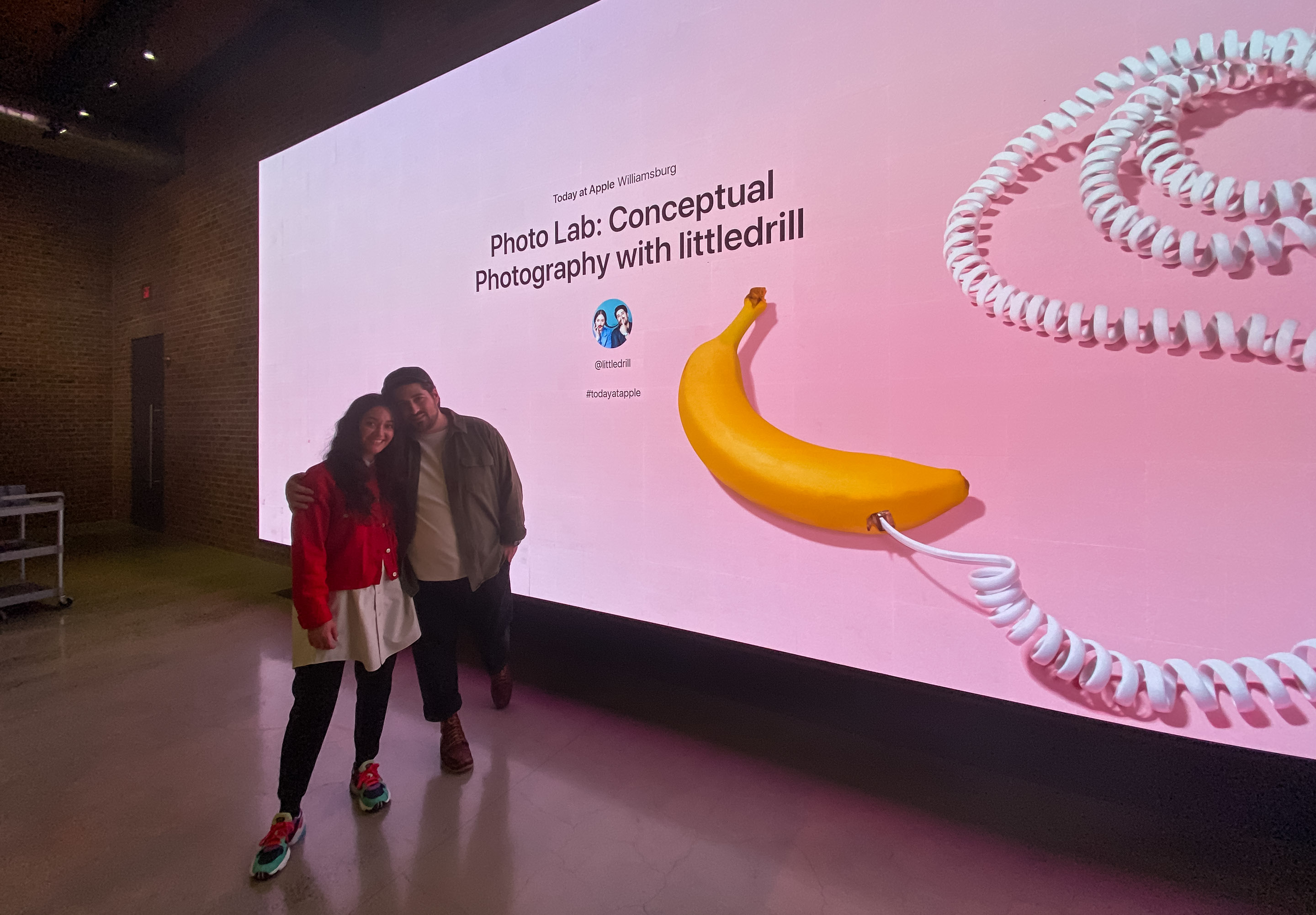 “We have these crystals that we had photographed a bunch of times in a bunch of different ways. And then this girl picks it up and she shoots down the barrel of the crystal and creates this beautiful kaleidoscope image, and I’m just like, ‘That’s gorgeous. I never saw it that way.’”

Shelby Edwards and James Whitney set out to teach others about photography when they hosted a Today at Apple Photo Lab at Brooklyn’s Apple Williamsburg this past October. By the end, they had learned just as much as the attendees. “Because they are individuals, they will find a unique perspective. And that’s what’s really important,” James told me.

Shelby and James are the creative minds behind littledrill, a studio specializing in vibrant, conceptual photography. The two have collaborated with brands like Adidas, Target, ESPN, and countless others to create eye-catching shots that stand out in the endless feed of images at our fingertips. 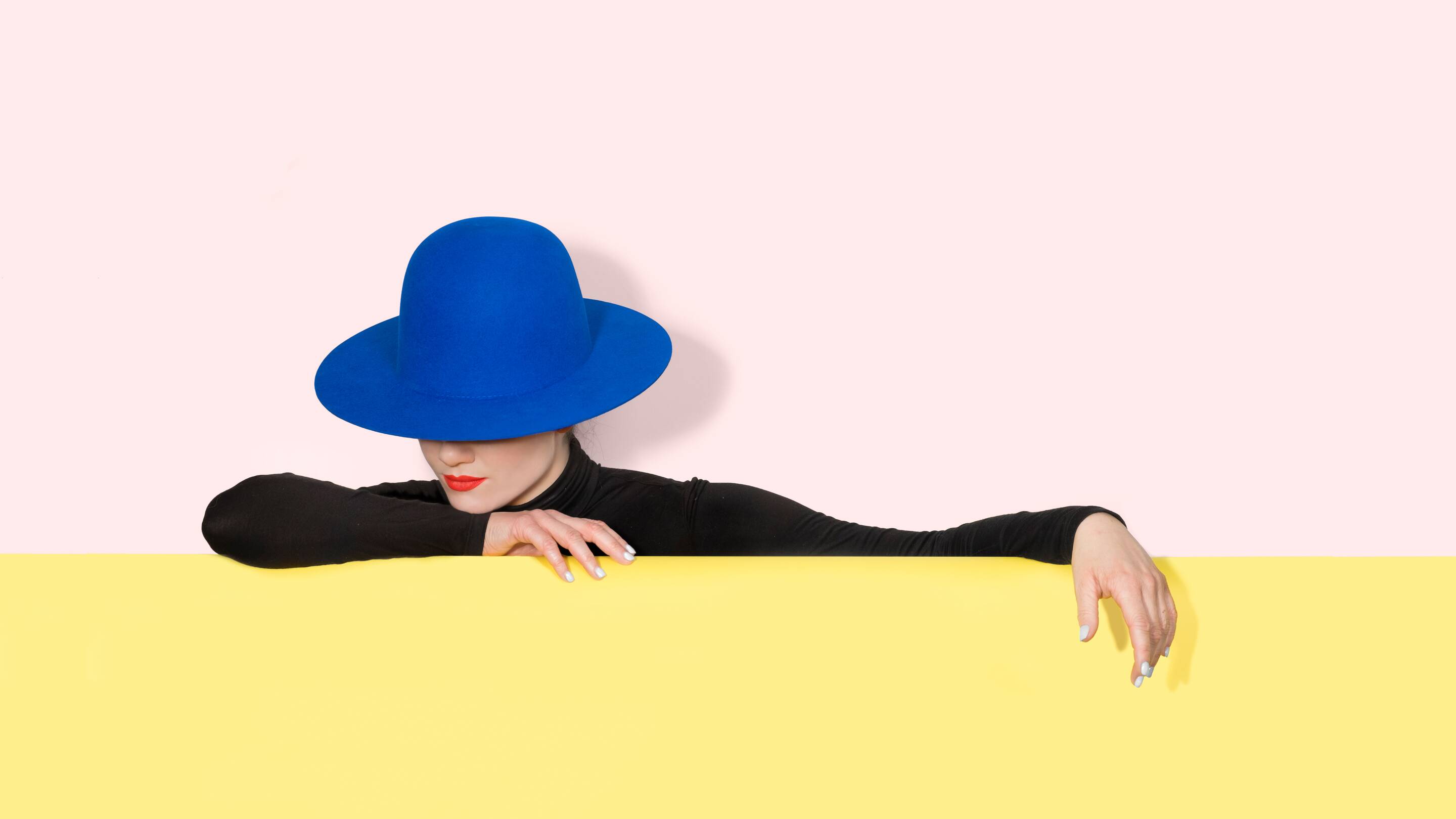 The story of littledrill began through an unlikely collaboration. Shelby was a stylist for Nordstrom. James was an aspiring photographer shooting street portraits and events. Partnering to start a business meant the two could combine their skills to create something greater than either could accomplish on their own.

“I’ve been inspired by pop artists for a long time, and I love all the bright colors in most of their work,” says Shelby. “And so that was a big influence for me. Roy Liechtenstein and Andy Warhol are some of my favorites.” The streamlined, pastel-rich aesthetic that makes littledrill photos so recognizable is the result of tight collaboration, too. 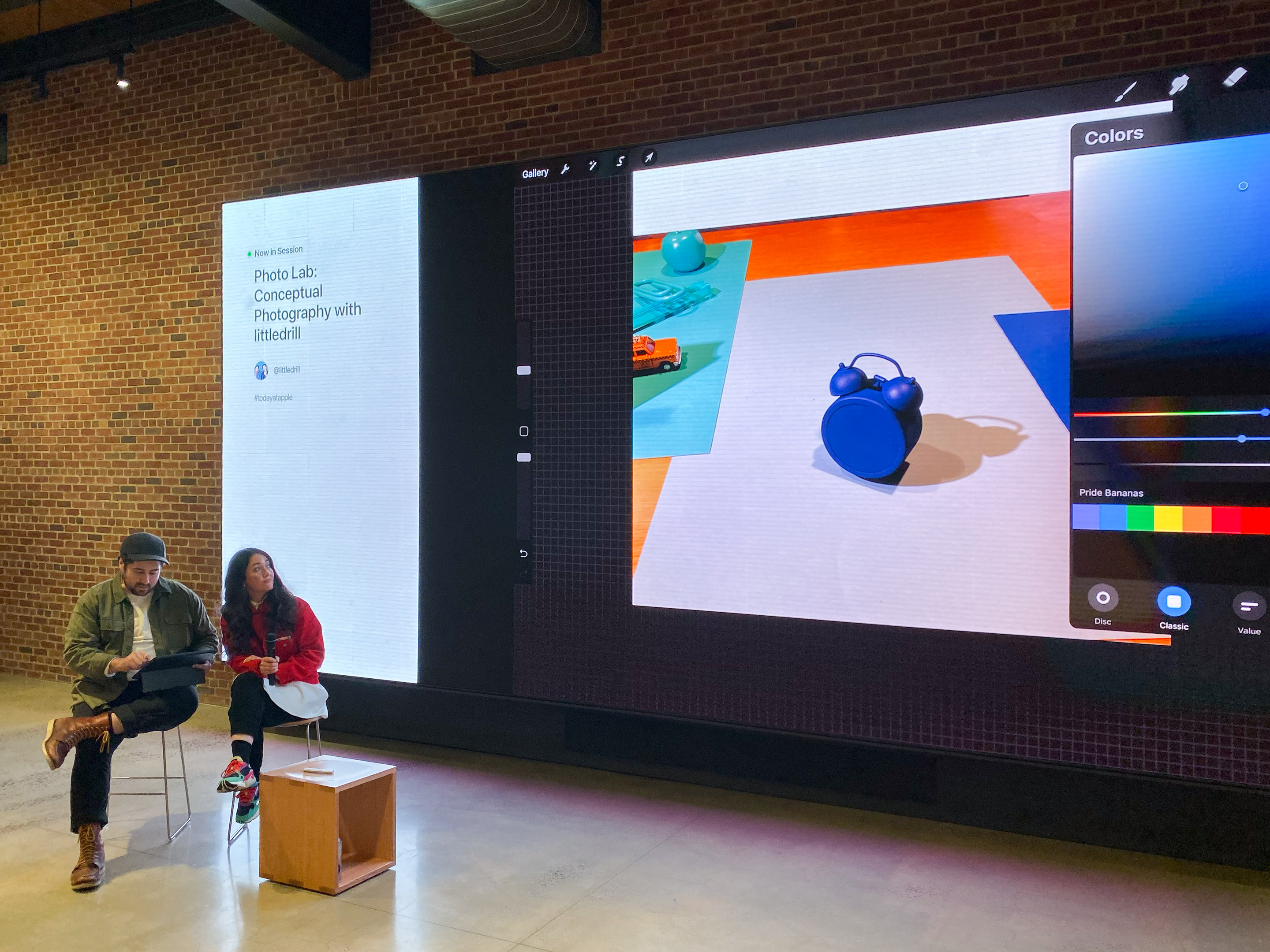 “My photography before Shelby was super dark,” says James. “And part of that is because I’ve always kind of struggled with depression. Shelby’s creative vision is really an escape for me. It’s nice to have somebody who has such a happy vision to see the world with.”

Miniature versions of the conceptual photography stations Shelby and James design in their studio were recreated at Apple Williamsburg for session attendees to experiment with. Rather than focusing on the technical aspects of taking a shot, emphasis was placed on being inspired by what you have within reach at the moment. Guests were invited to just jump in and see what kind of images they could create. 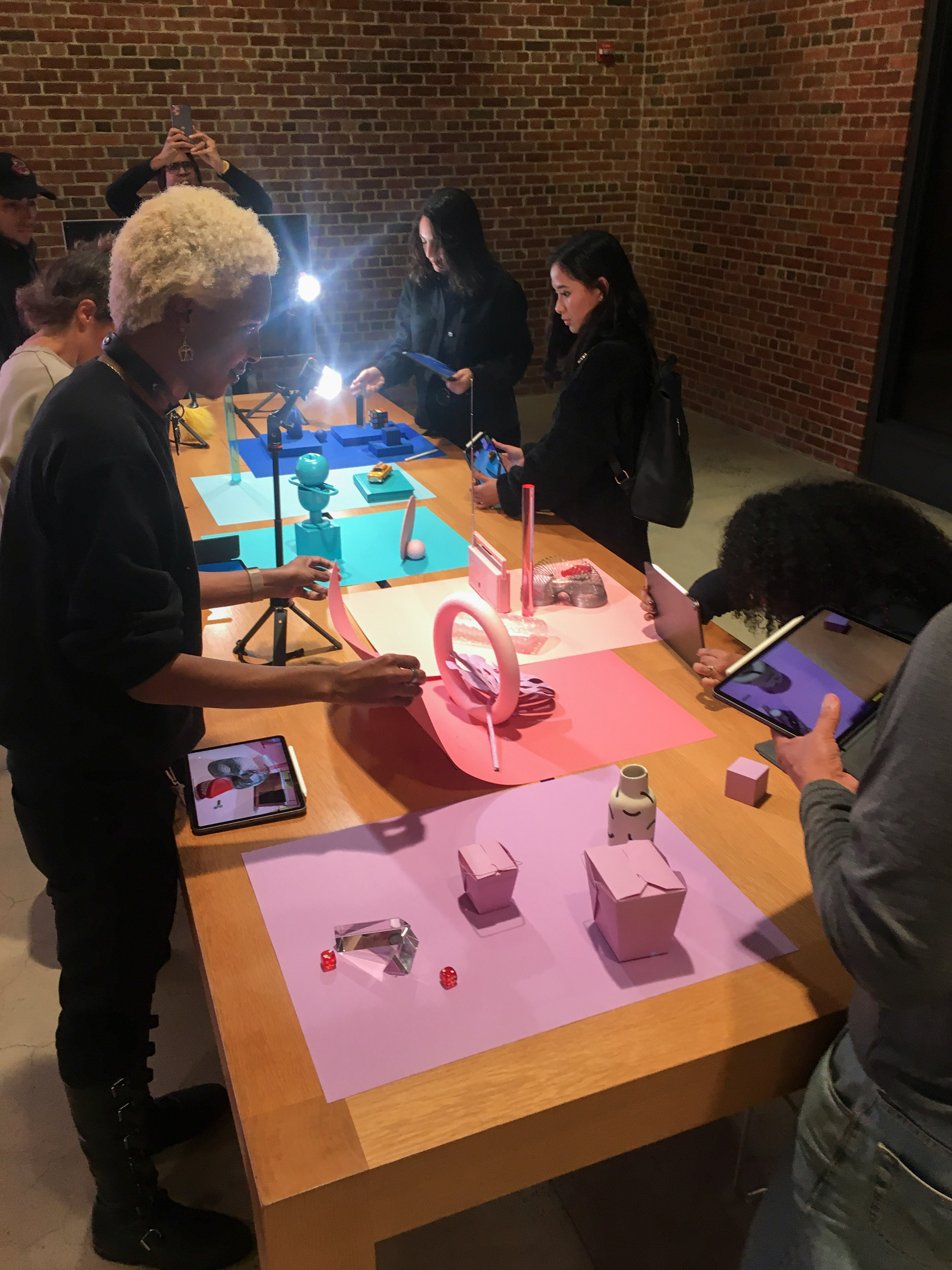 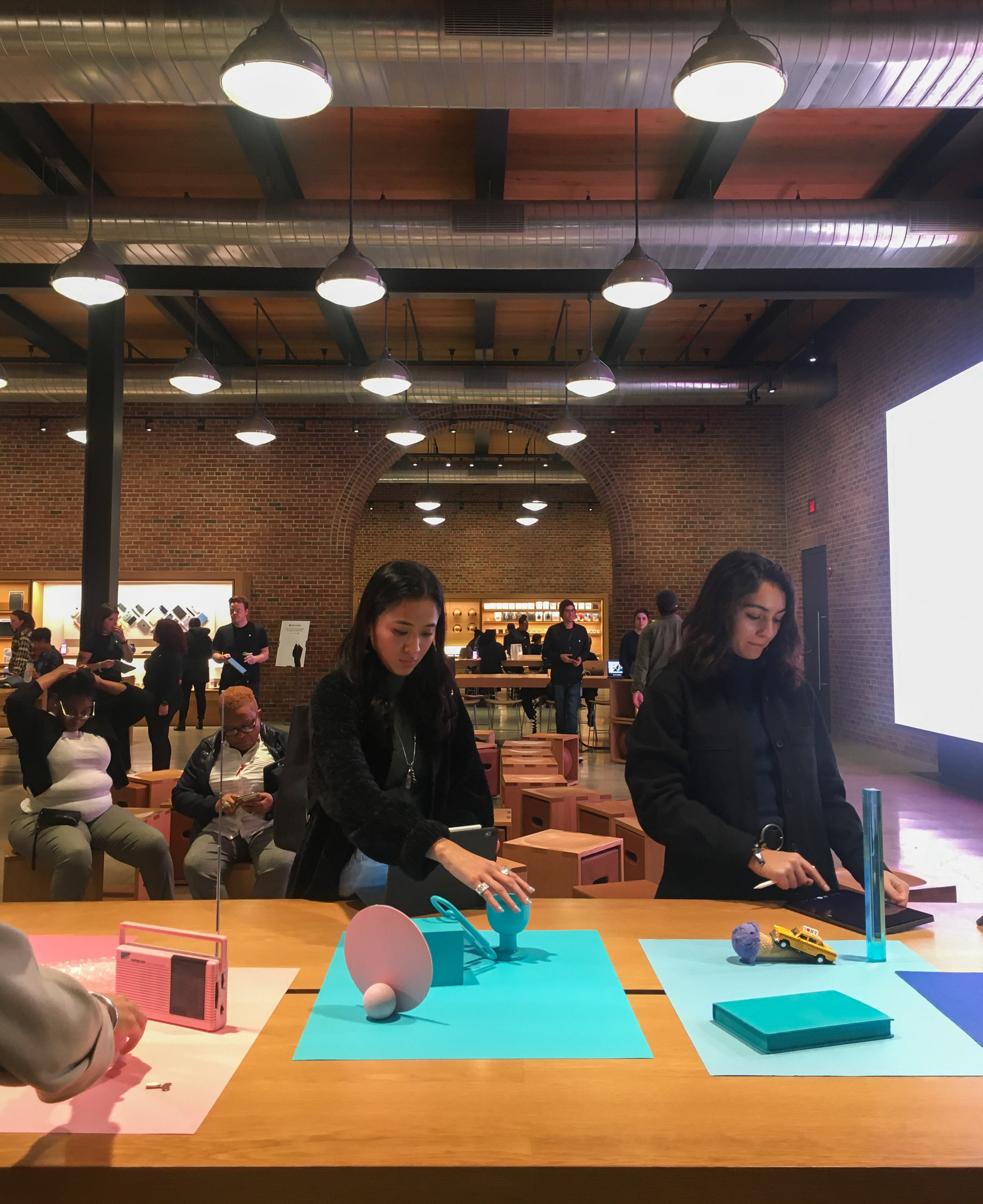 A littledrill photo shoot starts in a similar way. Shelby will sketch out an idea for a photo — often with just markers and paper — before James determines if the idea is actually possible in camera. Lately, the duo has been using an iPad Pro and Apple Pencil to ink drawings in Procreate before sending them off to clients for approval.

In an environment where new ideas spread quickly and attribution is often forgotten, James offers advice on maintaining a unique identity in your work. “Everyone else is going to copy what you do, and you just have to be ok with the fact that it’s a vicious garden, and things are going to happen. You should get into this to make great art, and to hopefully make a healthy living from the great art that you make. We just don’t really mind that much when people copy us. It’s a crowded field, and that just means that there’s more people who are able to do what they love for a living.” 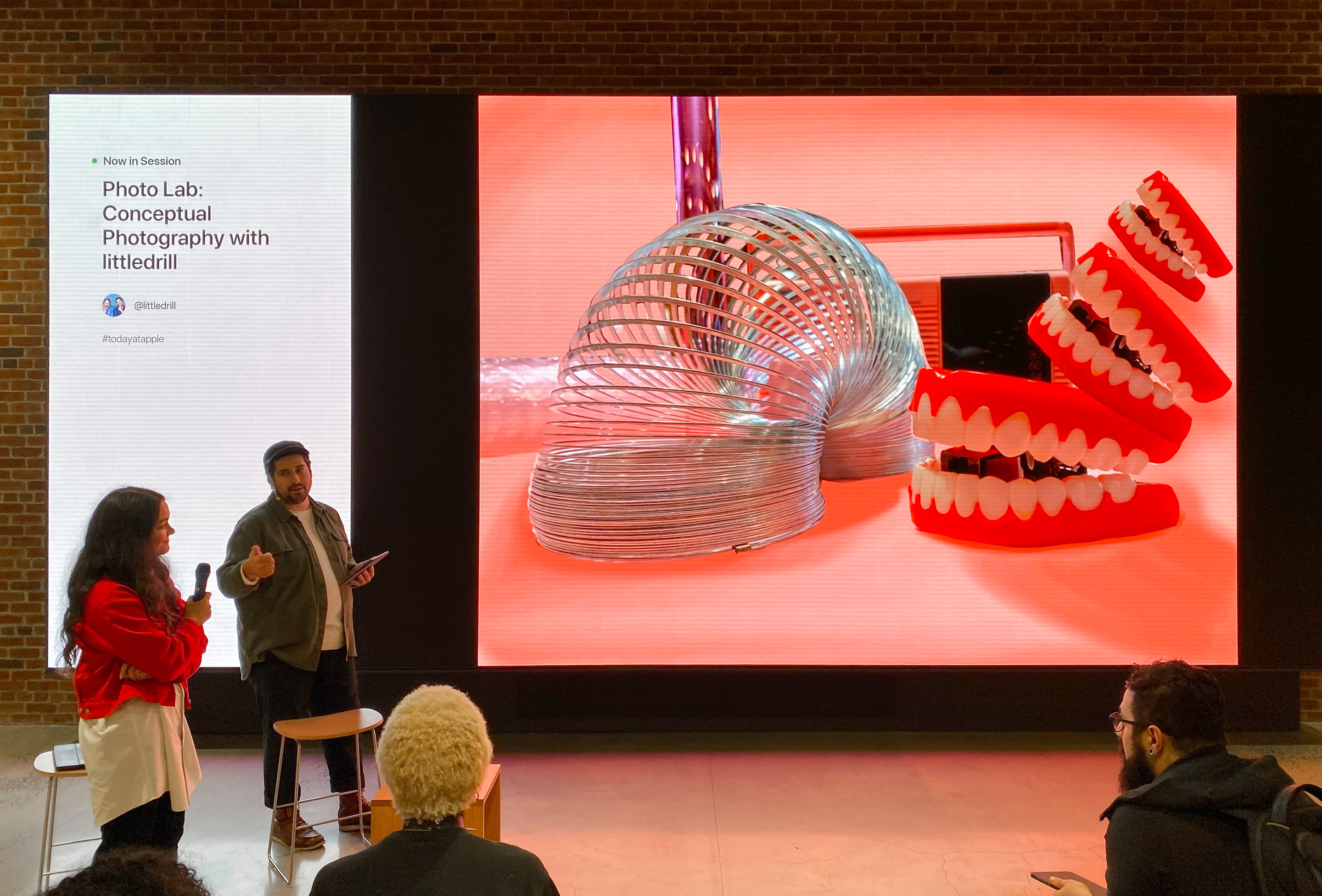 Shelby adds that perseverance and a drive to succeed can overcome any doubts you have about yourself. “If you’re inclined to be creative, and you want to be in an industry that’s creative in some way, it’s not something that you need to have in your DNA. It’s just a passion for it and a commitment to it.”

Even as pros, James says that continuing to learn is essential to defining your style. That’s the message they left with session attendees. “We just let them know: listen, there’s no wrong way to look at it, there’s no wrong way to do it. And there were so many great pieces of artwork created by the people attending that Today at Apple session, and it’s awesome.”

You can keep up with the work of littledrill on their Instagram page, and follow along with our Today at Apple and retail guides for more news.