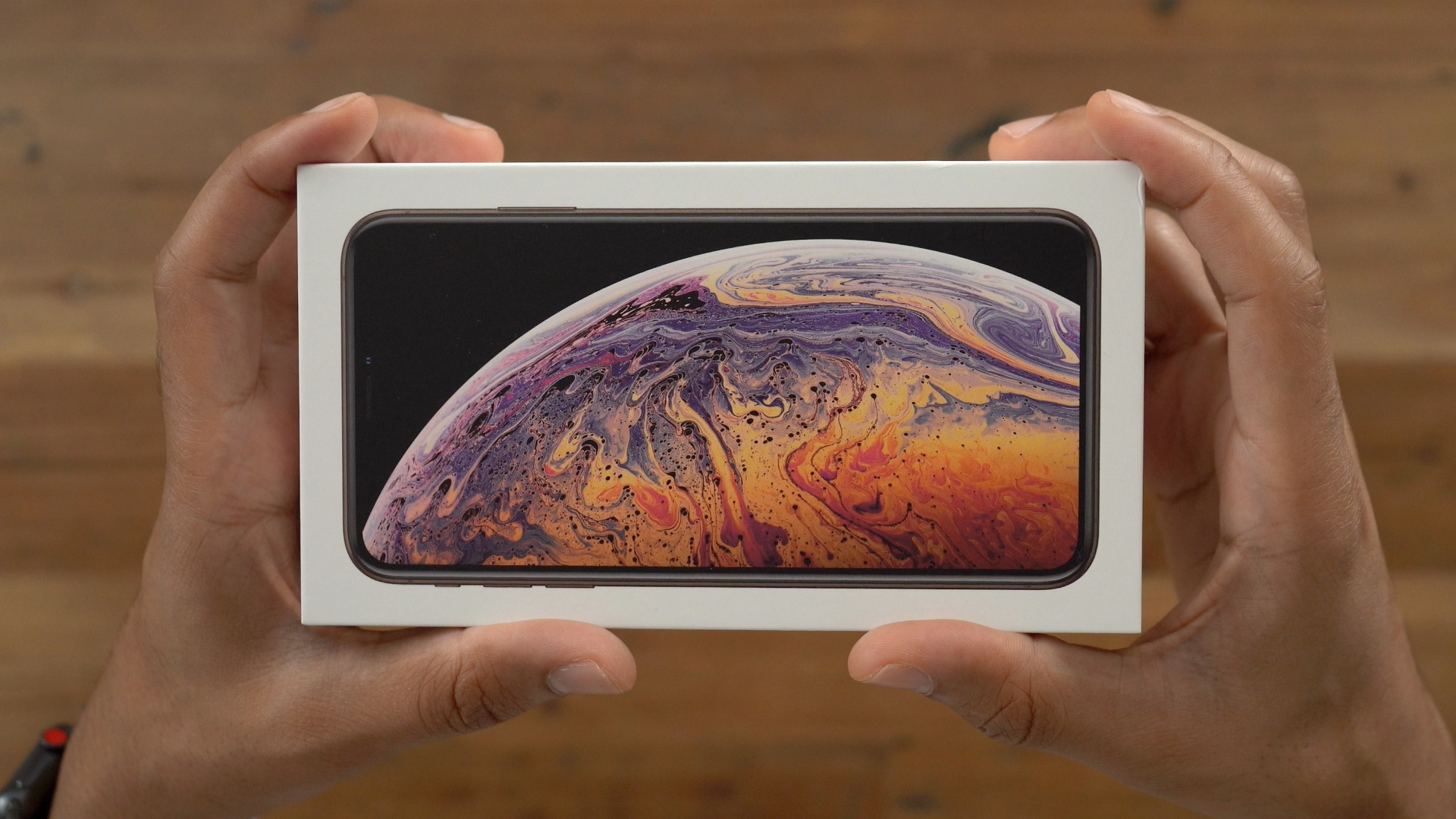 Yesterday marked the official launch day of the iPhone XS and iPhone XS Max, an upgrade over last year’s groundbreaking iPhone X release. Although iPhone XS is an ‘S’ model year upgrade, which generally means more refinements than radical new changes, there is still a lot to digest from a feature standpoint.

Most notably, this year’s release includes the largest iPhone display ever conceived — the 6.5-inch iPhone XS Max. Watch our hands-on video as we step through some of my favorite iPhone XS features.

Unlike Plus model phones in the past, which featured better cameras, outside of the number of pixels (same 458 PPI), and body/battery size, both iPhone XS models are pretty much identical. That’s a great thing for those that wish to have the smaller 5.8-inch iPhone XS, but don’t wish to sacrifice camera performance.

This year’s iPhone XS Max marks the debut of the largest display in iPhone history. Thanks to the edge-to-edge design, the iPhone XS Max is able to cram a massive 6.5-inch display into the body of a phone that’s slightly smaller than an iPhone 8 Plus in width and length.

Last year’s iPhone X granted us space gray and silver stainless steel bands around the outer edge of the phone. With this year’s iPhone XS models, Apple has thrown a new gold finish into the mix and it really stands out.

The gold band on the iPhone XS isn’t rose gold, and it isn’t exactly gaudy yellow gold, but it’s somewhere in between.

I’ve never been a fan of gold colors on tech devices, because they tend to look ridiculous, but the stainless steel gold band contrasted against the black bezel on the iPhone XS works just right.

The back of the phone is an improved version of that milky gold color that we saw on the iPhone 8 Plus, which does a good job of complementing the stainless steel band.

Like last year’s iPhone X, the iPhone XS and XS Max feature glass on both the front and back of the phone. This means that there’s a greater chance of broken glass if the device is dropped. To help with this issue, Apple has employed the use of glass which it claims is the strongest glass to ever appear in a smartphone.

The front-facing TrueDepth camera gets an upgrade as well, now sporting a 7 megapixel sensor that’s twice as fast as its predecessor. For the very first time on an iPhone, the front-facing camera is capable of shooting 60 frames per second video at 1080p.

The updated TrueDepth Camera should work hand in hand with other technologies to produce better selfies, faster FaceID authentication, and better Animoji performance.

Thanks to the improved Image Signal Processor inside the iPhone XS, Apple says it’s able to take the concept of HDR photography to the next level. Branded Smart HDR, this computational technology utilizes a four frame buffer to shoot photos with zero camera lag. It’s also capturing secondary interframes that are shot at a different exposure levels to accentuate highlight details and shadow detail.

All of these frames are analyzed on the fly, and the best parts of each frame are merged together to create a single composite photo. All of this is thanks to the improved image signal processor that works together with the upgraded A12 neural engine, allowing the iPhone XS to perform up to 1 trillion operations per photo.

When editing Portrait mode photos in the Photos app on the iPhone XS, you’ll see a new depth slider at the bottom of the interface.

Thanks to the four microphones built into the iPhone XS, users can now record videos with stereo sound. This means that the stereo speakers on the device are now capable of accurately playing back stereo videos shot on the iPhone XS itself.

When shooting video at 30 fps, the iPhone XS is capable of providing extended dynamic range to help out in low light situations. If you venture to Settings → Camera → Record Video, you’ll find a new Auto Low Light FPS setting. This setting will drop the frame rate to 24 FPS on the fly when the camera encounters low light situations.

I was skeptical when it was revealed that Face ID would be outright replacing Touch ID on the iPhone. Yet, after using Face ID over the last year, I wouldn’t want to go back

Face ID hasn’t been perfect, though. It’s still slower than Touch ID in a lot of instances, and it still has problems authenticating in certain situations (such as when laying in bed). With the iPhone XS, Apple has improved Face ID authentication with what it calls Advanced FaceID. It uses an advanced Secure Enclave and new algorithms to speed up performance.

The Apple-designed GPU features four cores and is up to 50% faster than the GPU found on the A11.

Those specs are good, but don’t outright destroy the previous SoC as is usually the trend. The real difference-maker with the A12 has to do with more than just raw speed, such as the enhanced Neural Engine.

The A11 featured a 2-core Neural Engine, while the A12 features a whopping 8-core design that’s dedicated to machine learning. The A12 Bionic is thus able to process 5 trillion operations per second.

Other noteworthy features are the improved ISP (Image Signal Processor) that works in concert with the iPhone XS cameras. There’s also an enhanced storage controller that can address twice as much internal storage than before.

The iPhone XS marks the first time we’ve seen 4GB of RAM in an iPhone. The previous generation iPhone, the iPhone X, shipped with 3GB of memory.

The iPhone XS is also the first iPhone that’s available with 512GB of internal storage. This is thanks to the previously-mentioned enhanced storage controller found on the A12 SoC.

The iPhone XS is the first iPhone to gain an IP68 rating, which not only provides enhanced dust resistance, but also means that the phone can be submerged in liquid up to maximum depth of 2 meters for up to 30 minutes.

Another first for the iPhone is the inclusion of an eSIM, a feature that’s appeared in iPads for some time now, but makes its debut on phone hardware with the iPhone XS. The eSIM, or electronic SIM, allows users to connect to wireless networks without a physical SIM.

On the iPhone XS the eSIM, in addition to the standard physical nano SIM, will allow users to authenticate with two cellular connections at once. For users with separate business and personal phone lines, it means that you can have both without needing to carry two phones.

eSIM functionality will require a future iOS update and carrier support after it launches. Once it does, we’ll be back with a follow-up post to discuss how to set up multiple lines on the iPhone XS.

One of the under-the-radar features of the iPhone XS and XS Max is its improved cellular support. New gigabit-class LTE with 4×4 MIMO graces the iPhone for the first time. It’s also the first iPhone with support for Band 71, spectrum that will help users in rural areas with T-Mobile LTE.

According to Daring Fireball’s John Gruber, the iPhone XS and XS Max support faster wireless charging thanks to a new tighter coil design. This design ensures better contact with the wireless charger being used, resulting in slightly better charging speeds. In other words, there’s no true technological enhancement to be found with wireless charging in Apple’s newest devices, it’s more of a refinement over previous hardware.

While the iPhone XS may seem like an incremental upgrade on paper, it’s a bigger update than it may appear on the surface. Particularly speaking, the camera receives a significant upgrade for both photos and video. Smart HDR coupled with the larger wide angle sensor provide immediately noticeable improvements when it comes to photos and videos.

Processor-wise, the upgrade isn’t as drastic from a pure benchmark perspective, but augmented reality and machine learning enthusiasts will be excited about the new neural capabilities of the iPhone XS. Other areas, such as the camera, storage, and battery life benefit as well.

The biggest upgrade, however, is also the most obvious upgrade. The iPhone XS Max display is simply huge, and anyone that prefers large phones will love how the 6.5-inch display is crammed into such a tight space.

What’s your favorite new feature to grace the iPhone XS? Sound off in the comments down below.