In case you missed the post last week, once again this is Eli Hodapp, and I’m Editor in Chief of MacRumors‘ iOS gaming sister site TouchArcade. We’re putting together these weekly roundups of the biggest news and releases in the world of iOS gaming. If you’re interested in this quick recap, there’s tons more where this came from over on TouchArcade. We post daily news, reviews, and more, covering every aspect of the world of iOS gaming.

We’ve also got a very active iOS gaming Twitch channel, a Discord server, our own forums, and a weekly podcast. All of these things are packed with other iOS gamers and developers, discussing iOS gaming around the clock! Anyway, here are the big things you don’t want to miss this week:

We kicked off Monday morning with a five star review of Steredenn. It’s an incredible horizontal space shooter that aside from just being a really fun game does a lot of incredibly innovative things when it comes to how weapon upgrades are handled, as well as how you move your ship. For instance, these games often use a relative-touch based control scheme, and that’s true here, but when the game detects your ship is obscured by your finger both a horizontal and vertical line appear on screen indicating where you are. It sounds basic, and I suppose it is, but the difference these little things make is amazing.

While I’m a little surprised that the collective internet eye-roll surrounding the Angry Birds movie didn’t cause some sort of seismic event when it was first announced, the film did incredibly well, grossing just under $350 million. (It’s actually far better than you’d expect, if you haven’t seen it.) So, it should be a surprise to absolutely no one that a sequel is on the way.

Due out on September 20th, 2019, The Angry Birds Movie 2 already has some interesting names signed on. It’ll be directed by Thurop Van Orman and John Rice (with the latter serving as co-director), who have worked on Adventure Time and Rick and Morty. No further details surrounding the plot or direction of the film have been made public, although there’s plenty of time for all sorts of tidbits to dribble out before late 2019.

We’ve spent a lot of time discussing the troubling trend of what a bad platform iOS when it comes to preserving gaming history, as iOS system updates (and other things) often render classic iOS titles totally broken. With iOS 11 likely dropping support for 32-bit apps and games, we’re on the verge of seeing the largest purge of older iOS games yet. While Apple’s response is to simply update those games to 64-bit binaries, we explore in an editorial, “just updating” is often not as simple as it sounds – particularly if the creator of a game you love is deceased.

Lightening things up a bit, we’ve been scratching our heads trying to figure out the unbelievable popularity of fidget spinner apps. It seems the whole draw of a fidget spinner is it’s a physical toy that exists, which you actively fidget with. You’d think virtualizing this would remove most of the appeal, but judging by the iTunes charts, that isn’t the case at all. After talking to various educators, we offer an alternative theory. Perhaps fidget spinner apps are becoming the next big thing because fidget spinners themselves are rapidly getting banned from classrooms, while smartphones, inexplicably, are totally allowed? Either way, if you’re interested in trying the most popular one, download Ketchapp’s Fidget Spinner.

Limbic released the original Zombie Gunship on the App Store ages ago, and the unbelievable success of a game where you shoot down swarms of zombies aboard an AC-130 put the studio on the map. A second Zombie Gunship game has been in development forever, in soft launch for even longer, and finally launched worldwide this week. While it shares a lot with its predecessor, Zombie Gunship Survival has much more meat on its bones with loads of things to unlock and other upgrades to work towards. The original Zombie Gunship was a ton of fun, so more of that, plus loads of improvements makes Survival even better.

The rivalry between the FIFA and Pro Evolution Soccer series on mobile has been heating up for years now, but with FIFA taking an odd turn to becoming more of a card collecting game, this week’s release of Pro Evolution Soccer 2017 is perfect for soccer fans looking for more action. Early impressions of the game indicate that it finally feels like iOS has the soccer simulator that it deserves with a full-featured soccer experience that is just absolutely loaded with depth. Controls are swipe based, which people seem to either love or hate, but it’s totally free to try out so if you’re at all interested in soccer, this is the game to get.

After a lengthy soft launch period, the cult-classic fighting game Skullgirls is finally available. Like many other mobile fighters, it is controlled using swipe gestures which has proven to work incredibly well for the genre. The mechanics of the game are super tight, and once you get used to the swiping system, you likely won’t find yourself missing a controller at all. Like many free to play fighters, Skullgirls is powered by a freemium random draw gacha system to unlock new characters, which again, has become totally normal for the genre (for better or for worse).

Prison Architect has been incredibly popular on Steam, and this week the mobile port hit the App Store. It’s iPad only, like many PC to mobile ports, and puts players in charge of designing and managing their own prisons. Featuring surprising levels of complexity, Prison Architect has an array of scenarios to complete which really serve as a tutorial of sorts for the full-featured sandbox mode. One strange thing is how you pay for the game: It’s free to download and try, then you can buy individual scenarios for $2.99 a piece, the sandbox mode for $4.99, or unlock everything for $14.99. It feels like they give too much away for free, but for the curious consumer I suppose that’s a good thing. 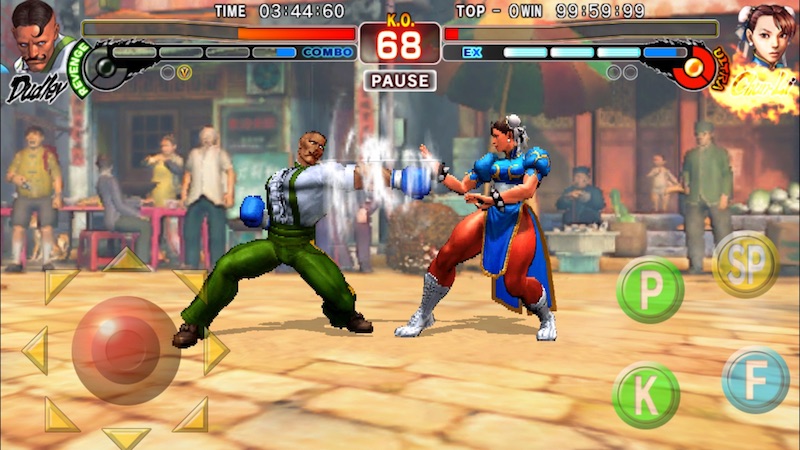 Last, but not least, with the holiday weekend upon us, an absurd amount of iOS games are on sale. The whole Infinity Blade series can be had for a buck a piece, along with many, many other classic, premium iOS games. Head over to our listing to see everything worth considering downloading, along with reviews of the vast majority of games that are on sale.

That’s it for this week! For even more iOS gaming news, head over to TouchArcade – otherwise stay tuned for next week’s roundup!