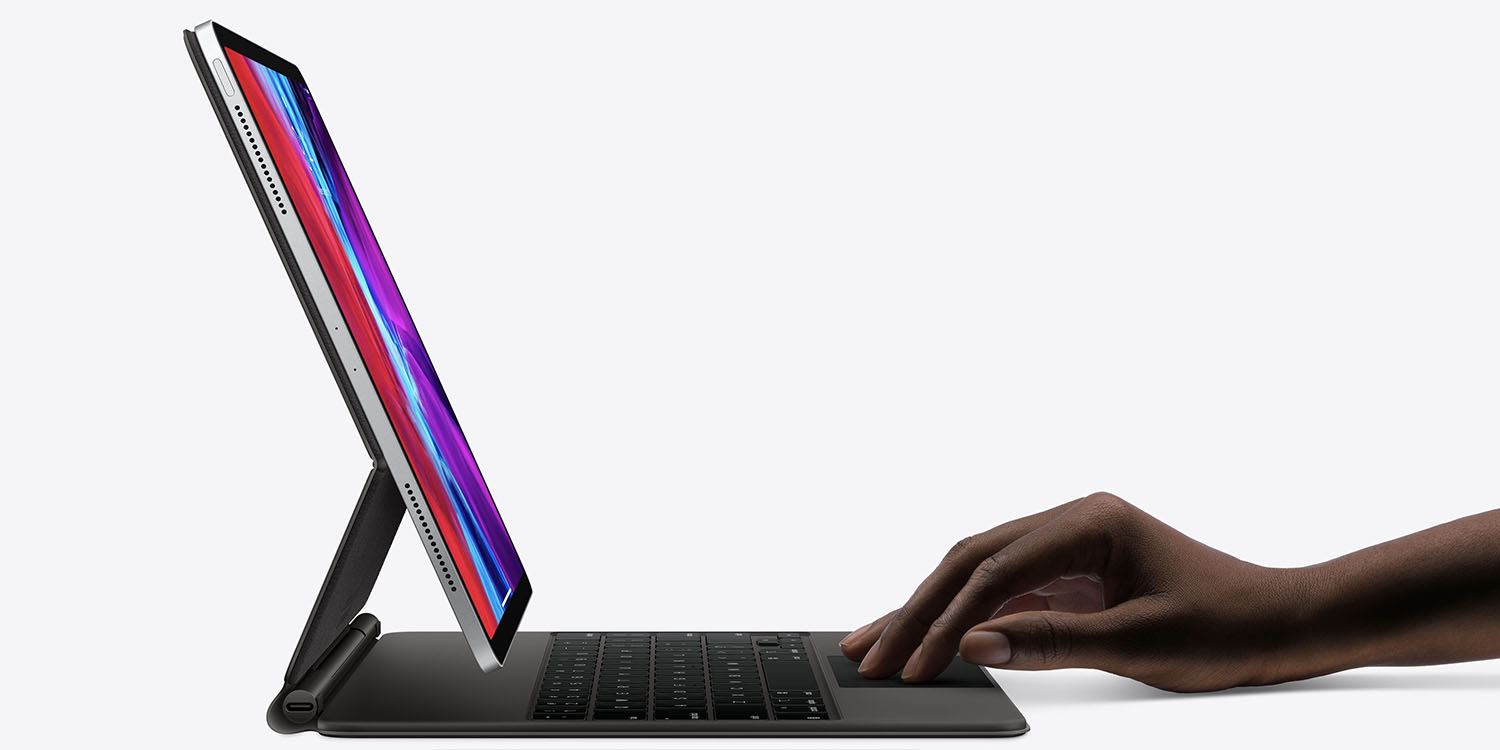 Apple famously says no a thousand times for every time it says yes, and if there’s one thing the company has been saying “no” to more often than anything else, it’s a touchscreen Mac.

After all, they argue, an iPad Pro attached to a Magic Keyboard is effectively a laptop, so if you can have a touchscreen-first device that becomes a laptop, then why not a laptop that also supports a touchscreen?

Steve Jobs was the first to reject the idea of a touchscreen Mac in 2010.

Touch surfaces don’t want to be vertical. It gives great demo, but after a short period of time you start to fatigue, and after an extended period of time your arm wants to fall off. It doesn’t work, it’s ergonomically terrible.

You can hear him make this case below.

In 2016, Jony Ive expanded on this while talking about the idea of a touchscreen Mac, and of various ideas they explored around the Touch Bar.

For a bunch of practical reasons. It’s difficult to talk [about a touchscreen Mac] without going into a lot of details that puts me starting to talk about things that we are working on. I don’t really want to talk much more about it […]

There’s a number of designs that we explored that conceptually make sense. But then when we lived on them for a while, sort of pragmatically and day to day, [they] are sometimes less compelling. This is something [we] lived on for quite a while before we did any of the prototypes. You really notice or become aware [of] something’s value when you switch back to a more traditional keyboard.

In the same year, Phil Schiller confirmed that the company had gone as far as prototyping touchscreen Macs at a number of different times, each time concluding that Steve was right.

Apple came to this conclusion by testing if touchscreens made sense on the Mac. ‘Our instincts were that it didn’t, but, what the heck, we could be wrong — so our teams worked on that for a number of times over the years,’ says Schiller. ‘We’ve absolutely come away with the belief that it isn’t the right thing to do. Our instincts were correct.’

Some, however, have persisted in their call for such a product, and are now saying the Magic Keyboard setup proves they were right.

Sure, Apple doesn’t go as far as having iPadOS disable touch when the iPad detects it’s attached to the keyboard, but that’s partly to avoid confusion and partly a compromise to allow a full-size keyboard without function keys.

I’ve said in the past that I can think of a few occasions when a touchscreen Mac would be useful, but nothing like often enough to make it a worthwhile development. Steve was right in 2010, and he’s still right in 2020.

Do you agree? Or do you think this justifies the added cost and complexity a touchscreen Mac? As always, please share your thoughts in the comments.