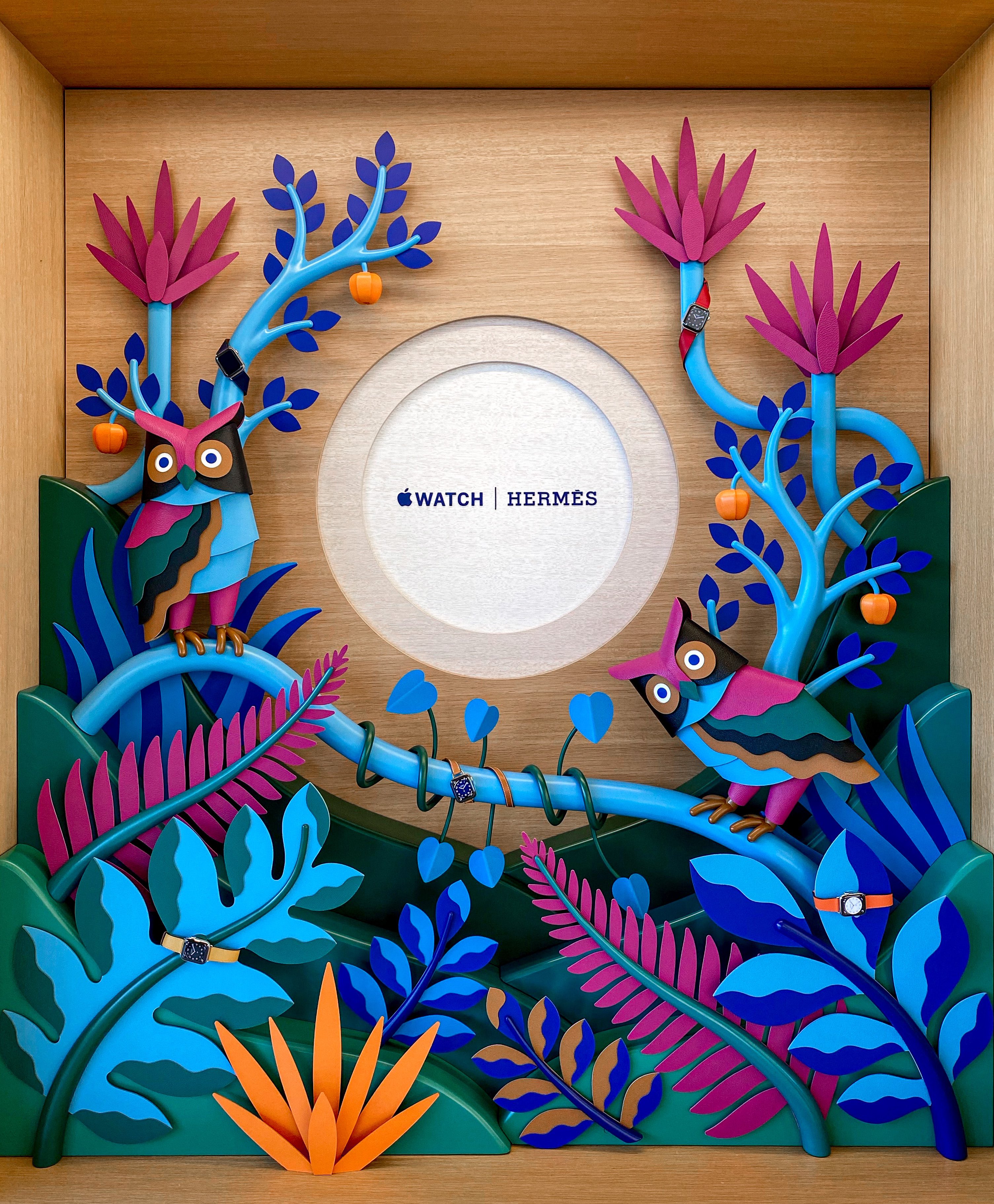 All photos courtesy of Brian King.

The new Apple Watch Hermès fall collection is featured in a fantastical, one-of-a-kind display at Apple Park Visitor Center. Apple updates the store’s displays seasonally with designs exclusive to its campus location, and this fall’s Apple Watch installation is the most impressive yet.

Vines intertwined with Apple Watch bands spiral across branches. Deep rouge ferns and hypnotic twisting foliage adorned with orange fruits climb up a wooden backdrop. A pair of owls, fashioned entirely out of leather, frame a pale moon carved into the back of the scene. The center of the display bears raised text reading “WATCH | HERMÈS.”

The elaborate scene is a collaboration between Apple and Heavy Eyes, a Brooklyn-based design studio behind many recent Hermès displays across the world. The installation debuted one week after Apple’s September Special Event and features fall Hermès band styles and colors introduced alongside Apple Watch Series 6, like the Attelage Single Tour and Double Tour.