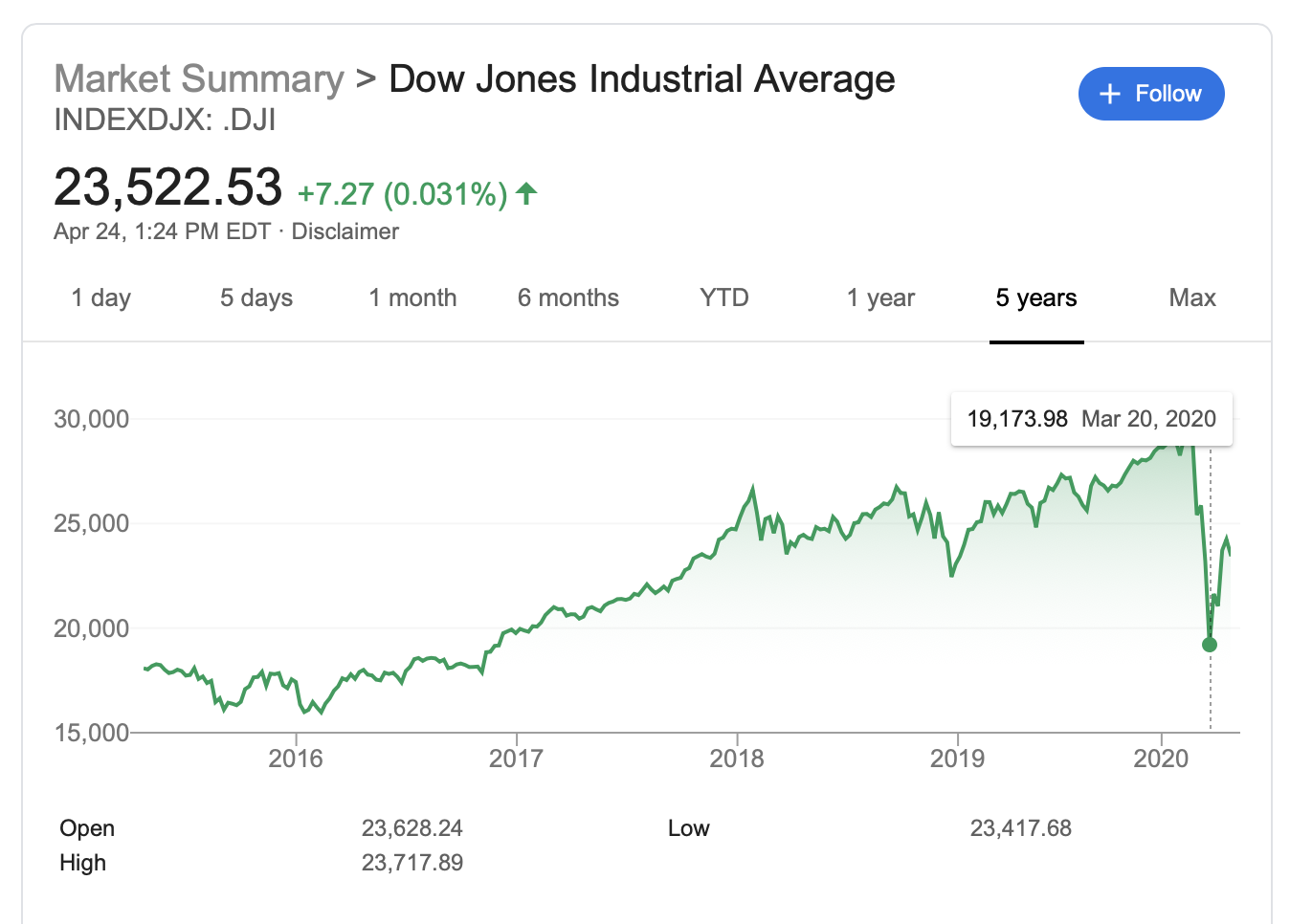 Reported by CNBC, “Trump said Cook believes the economy will have a v-shaped recovery, where a big downturn is matched by an equally big upswing.”

CNBC reports that Apple didn’t respond to a comment request and highlights that “In the past, Apple has ignored claims Trump has made about the company or private conversations with Cook.”

Along with the pandemic, the US economy saw a regression to 2017 prices for indices like the DJIA in late March. Since the federal government passed and has started distributing pandemic relief to individuals and businesses, the US markets have seen gains putting them back to 2018 levels.

In addition to guiding Apple through the impacts of the pandemic, Tim Cook is also on the California governor’s business task force to help the businesses in the state recover. Since Trump took office, Cook has developed an “unlikely” relationship with the President. Cook certainly has subjects he doesn’t agree with Trump, but has still formed a productive partnership and focused on the ways he can help.

A WSJ article previously looked into the interesting relationship between Trump and Cook and noted that “Over time, the administration began to rely on Mr. Cook for insight into trade and business issues around the world.”