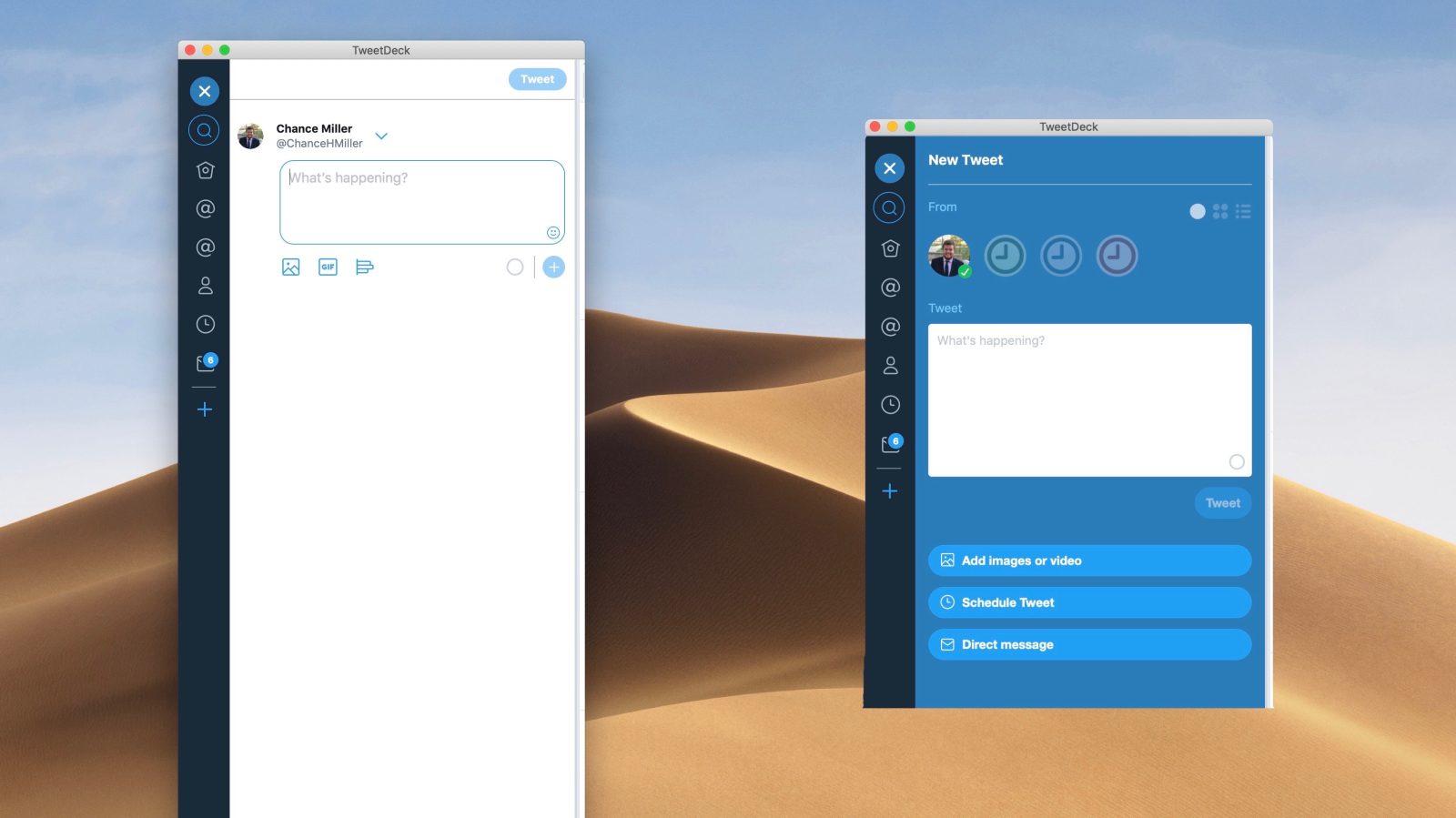 Twitter today has updated the Tweetdeck for Mac app with a handful of new features and changes. The update includes a new compose window that adds long-overdue support for polls and GIFs.

The new compose interface features a refreshed design with a brighter interface. It’s also now much wider, taking up almost two columns worth of space. Within the new interface, however, Tweetdeck has packed a handful of features.

There’s now support for Twitter’s library of GIFs, making it easy to attach an animated image to your post. You can also now easily include emojis with a new emoji picker. For normal images, you can now add tags and descriptions.

Last but not least is support for polls. While Tweetdeck has been uniquely able to show polls in tweets for some time now, you can also now create polls through the app. Simply tap the bar graph icon below the compose box to access poll creation tools.

The new compose window is not without compromise, though. You now have an extra click to switch between different accounts in Tweetdeck. Scheduling is also not supported in the new compose interface, so you’ll have to click the “Switch back to the old composer” option at the bottom to access scheduling features for now.

The new Tweetdeck compose window is rolling out now. For the time being, you can still choose to use the old compose window – but it’s unclear how long this will be an option. Ideally, Twitter will keep the old interface available at least until it brings the new design up to feature parity. Unfortunately, even the old compose window adopts the wider design with today’s update.

Tweetdeck for Mac is a free download on the Mac App Store. You can read our full roundup of the best Twitter clients for Mac right here. Tweetdeck for Mac has increased in popularity ever since Twitter made API changes that broke certain features of third-party applications.

Guess what? You’re in luck! As of today we’re testing a new way of Tweeting, now with the ability to add GIFs, threads, polls, emoji AND image tagging via TweetDeck 🎉🙌🎊