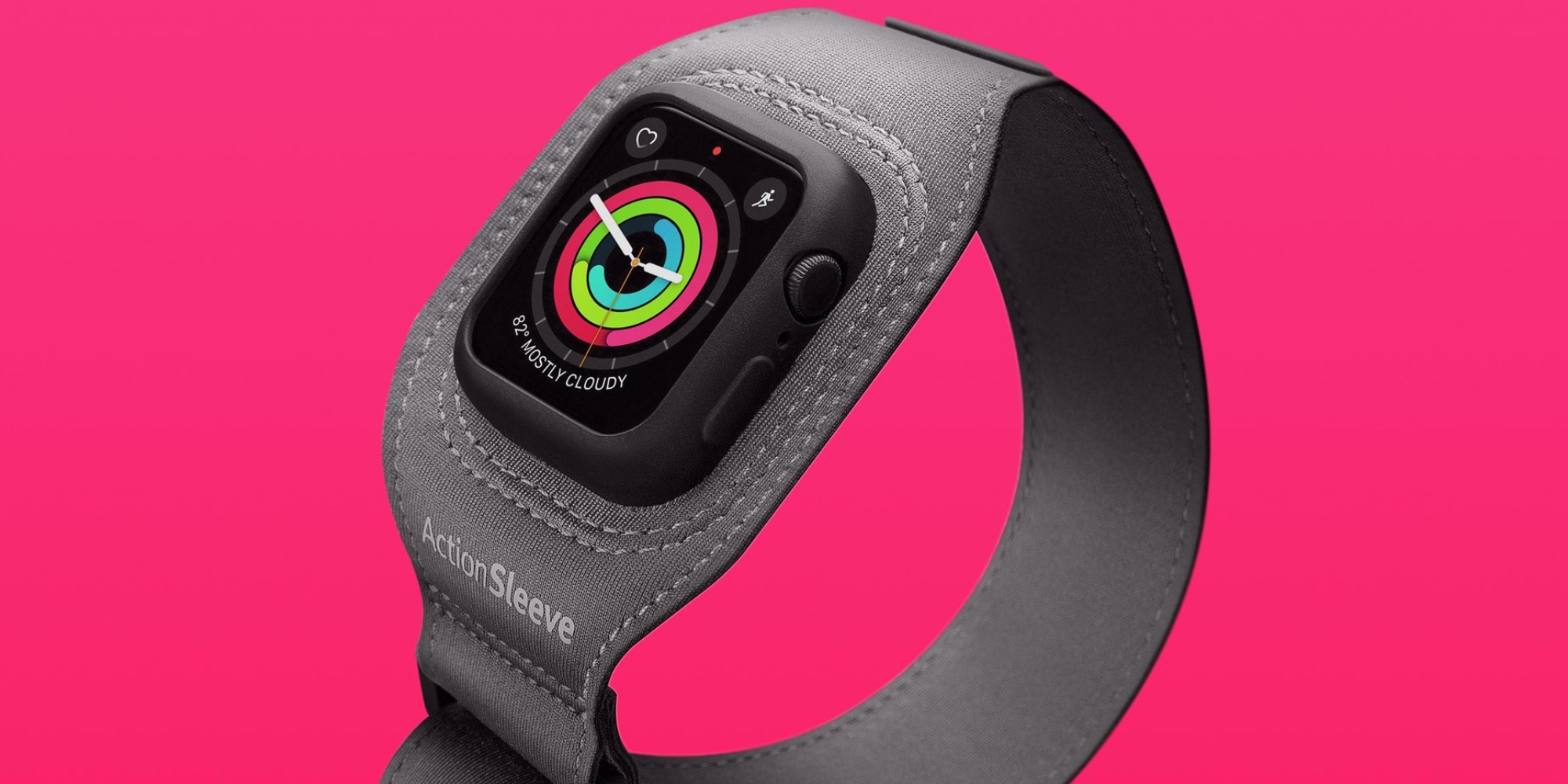 Apple Watch bands come in just about every style imaginable at this point, but the folks at Twelve South are still managing to mix things up from the norm with the recent launch of its ActionSleeve 2. While the upper arm form-factor isn’t entirely new, the more durable materials and improved design look to make the brand’s latest debut an even more compelling exercise companion. But does the band actually deliver on that? We’re finding out in our latest Tested with 9to5Toys review.

The name of the game with Apple Watch is fitness, but the wearable isn’t exactly the perfect exercise companion when it comes to certain types of workouts — at least not on its own. Twelve South’s latest unveiling, the new ActionSleeve 2 that launched late last month, arrives to relocate the wearable from your wrist to your upper arm. So any activity where having a fitness tracker on your wrist like boxing, lifting weights, and the like is exactly what the new band looks to solve.

Serving as the predecessor to the original model that launched a few years back, there are plenty of changes this time around to justify the relaunch. At the forefront of the Twelve South ActionSleeve 2 redesign is a much more rugged build that should stand up to wear and tear over time. There’s a nice stitched fabric throughout that paired with some heavy-duty velcro to actually secure itself onto your arm. But has Twelve South actually learned from its shortcomings with its new $40 release? Let’s dive in and find out.

Here’s a quick look at the specs:

For better or worse, the original version of Twelve South’s fitness-focused Apple Watch band just didn’t gain the traction that many of its other accessories have. One of the biggest critiques of the first ActiveSleeve was that it interfered with the Apple Watch’s ability to accurately measure heart rate. And then, on top of potentially yielding imprecise data, the brand proved to not be durable enough for living up to its fitness designation.

This time around, Twelve South is taking much of that same original concept and applying a more rugged approach to give its $39.99 Apple Watch band a second chance at helping you get in shape.

The first of those adjustments enters in the form of its actual build and materials, which might very well be the most significant of the changes. That’s still a design that fits every Apple Watch on the market, with a durable rubber housing that you push the wearable into. It can only be accessed from the underside of the band, which should ensure that it stays firmly in place.

Everything this time around is made of a pretty premium-feeling polyurethane fabric which manages to still be much more durable than the first generation. There’s added stitching all around the housing that holds your Apple Watch for some added assurance. While I’ve only been testing the Twelve South ActionSleeve 2 for a few weeks, all of these tweaks look to double down on the durable design and should help prolong its lifespan.

The other notable thing that Twelve South is addressing this time around is the accuracy of the measurements your Apple Watch takes. That’s largely in part to thanks to the improved design and delivers yet another perk to refreshing things this time around.

There’s a loop design that employs velcro in order to secure the ActionSleeve 2 around your arm, which can be adjusted to fit plenty of different sizes. The tighter tolerances here certainly keep everything where it’s supposed to be, and after double-checking the metrics produced from a workout, nothing appeared to be off. It was widely reported that the original wouldn’t get tight enough to accurately track heart rate, and thankfully that doesn’t seem to be the case here.

Though, that does have a bit of a trade-off, as the Apple Watch is almost secured too firmly in place for quickly removing after a workout. I suppose that’s exactly what you want from an exercise band like this, but it would have been nice to see Twelve South deliver both peace of mind and convenience.

Regardless, all of the improvements are certainly appreciated and go the extra distance to actually make this a compelling addition to your Apple Watch fitness kit. Just not for everyone. Some will certainly find that the upper-arm form-factor is ideal for their workouts, but I think your typical Apple Watch Sport band will handle just fine for more casual exercises. Though if you happen to have a use case where freeing up your wrists is ideal, the Twelve South ActionSleeve 2 is certainly going to be able to keep up with everything from yoga and light jogs to more intense cardio and the like.