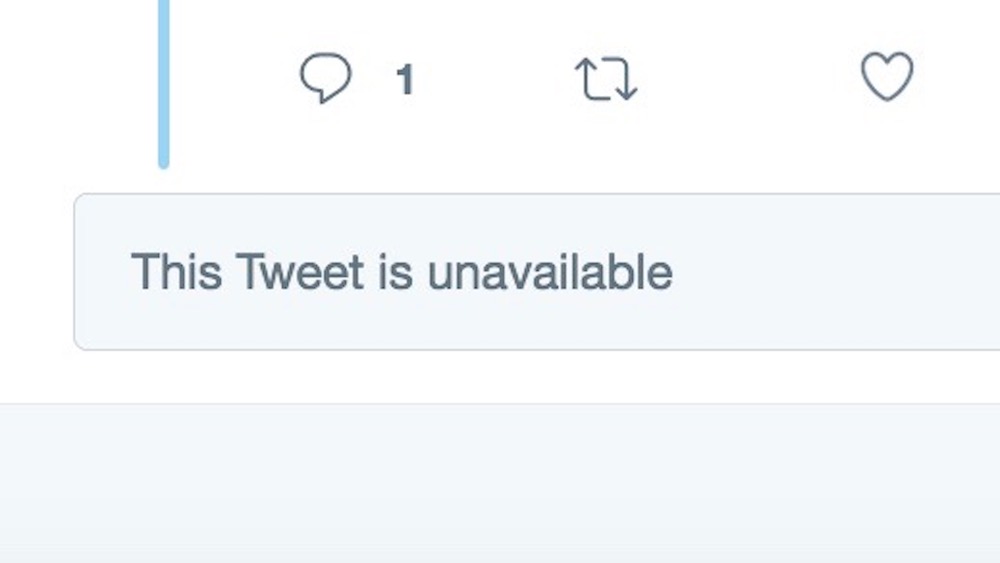 Twitter has announced that it will soon roll out a change that adds more context to missing tweets in conversations. Currently, you might see a notice saying “this tweet is unavailable,” but without any further explanation as to why.


Twitter’s goal is to help fill some of the gaps you currently see in conversations. For instance, when reading through replies on Twitter, you might see several tweets that simply say “this tweet is unavailable.” There are several reasons why a tweet might be unavailable, and in the coming weeks, Twitter says it will add more context to help you understand why.

Currently, you might see that message when a tweet has been deleted or when it’s from a private account. It also might be because you have certain keywords. It’s unclear what added “context” Twitter is referring to, but ideally this means you’ll get a clear explanation as to why you can’t see a tweet.

We’re fixing the issue where you see so many “This Tweet is unavailable” notices in conversations. This is usually due to deleted or protected Tweets, or muted keywords.

In a few weeks, you’ll start seeing more context on each notice to help explain why Tweets are unavailable.

Twitter earlier this week started testing the ability for a user to hide responses to their tweets. The test is initially only available in Canada, and Twitter says the purpose is to create “healthy conversations.” Essentially, when you tweet something, you’ll be able to hid replies that you think are “irrelevant or offensive.”