Twitter announced a faster version of its mobile service on Wednesday with the launch of “Twitter Lite”, a web-browser based experience that aims to mimic the social media app’s main features while minimizing data usage.

Twitter Lite can be accessed on mobile browsers from mobile.twitter.com and takes up less than a megabyte to load up, according to the company. It also features a further data saving mode that blurs images and video until the user taps on them. Twitter claims the Lite web app loads in under five seconds on most 3G devices and can save up to 70 percent on data.

Today, we are rolling out Twitter Lite, a new mobile web experience which minimizes data usage, loads quickly on slower connections, is resilient on unreliable mobile networks, and takes up less than 1MB on your device. We also optimized it for speed, with up to 30% faster launch times as well as quicker navigation throughout Twitter. Twitter Lite provides the key features of Twitter—your timeline, Tweets, Direct Messages, trends, profiles, media uploads, notifications, and more. With Twitter Lite, we are making Twitter more accessible to millions of people—all you need is a smartphone or tablet with a browser.

The Lite flavor of the social media service rolls out globally from today, but Twitter is mainly targeting markets outside the U.S. and has timed its release with the start of a major cricket event in India, which is home to 1.3 billion people. 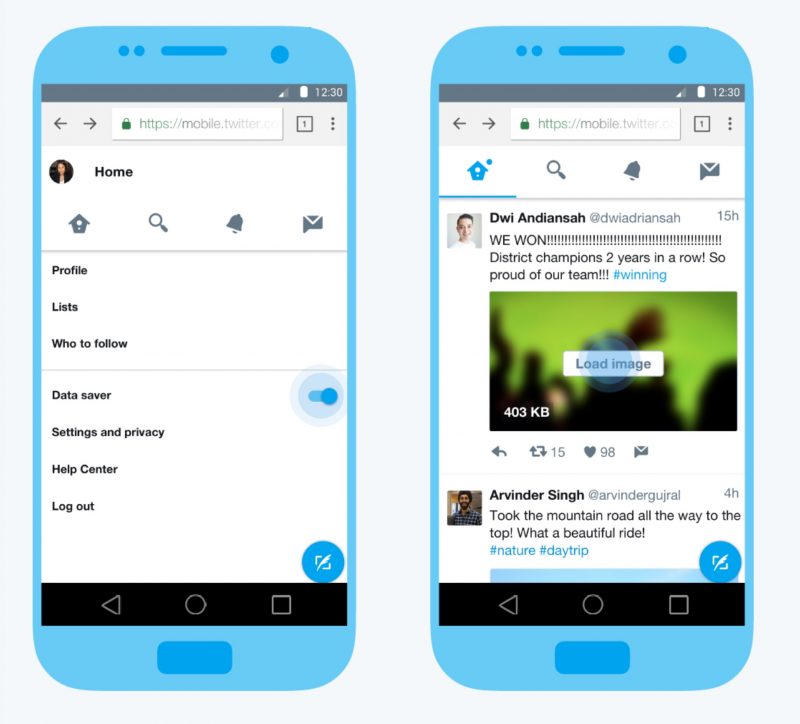 Other countries where the company said it expects Twitter Lite to be most useful include Indonesia, the Philippines, Brazil, Argentina and Mexico. The hope is that smartphone users will be drawn to follow sports and other major events online in poor coverage areas, without eating up their data allowance. Facebook and YouTube have released similar ‘lite’ versions of their apps in recent months as they attempt to attract users in emerging markets.