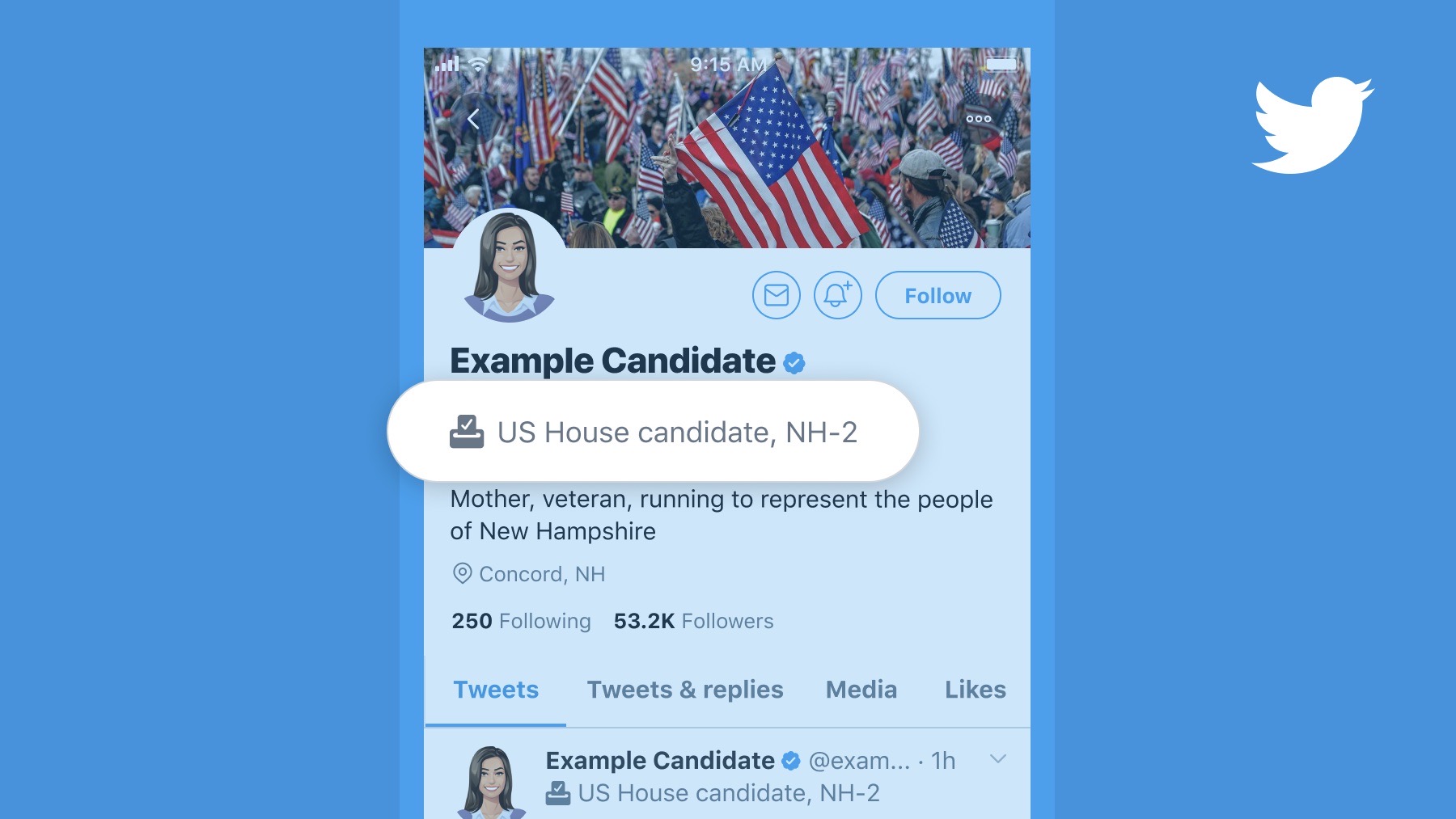 Twitter is rolling out a pair of changes for users this afternoon. First off, users can now sort Lists by Twitter’s algorithm rather than chronologically. Additionally, Twitter is also now rolling out Election Labels in the United States.

For Lists on iOS, you previously could only view tweets chronologically — or as Twitter describes it with “latest tweets first.” But starting today on iOS and the web, you can now see “top tweets first.” The company explains:

Now on iOS and web, switch to seeing top Tweets first in Lists. Try it out by going to a List, tapping the ∙∙∙ icon at the top right, and selecting “See Top Tweets”. Switch back to latest Tweets first any time.

Labels will appear on the Twitter accounts of candidates running for US House of Representatives, US Senate, or Governor in the 2020 US election who have qualified for the general election ballot.

Twitter is working with Ballotpedia on this feature. The social network says the goal is to help users know the context of what’s happening around elections this year. When you visit the profile of a candidate, you’ll see the details of what position they’re running for directly above their bios.

Election Labels provide information about political candidates, like the office they are running for, their state and district number, and contain a small ballot box icon. The Label will appear on the profile page of a candidate’s Twitter account and on every Tweet sent and Retweeted by the candidate’s account, even when embedded on sites off of Twitter

Both of these changes are rolling out today and you can download the latest version of the Twitter app on the App Store.

Might mess around and switch the view on our Lists.

You can too! Now on iOS and web, switch to seeing top Tweets first in Lists. Try it out by going to a List, tapping the ∙∙∙ icon at the top right, and selecting “See Top Tweets”. Switch back to latest Tweets first any time.

And you’ll start to see more of them! Election Labels will appear on a rolling basis as state primary elections continue. But ☝️ they won’t be applied to candidates’ accounts that haven’t completed the verification process, or in races that are still undecided.