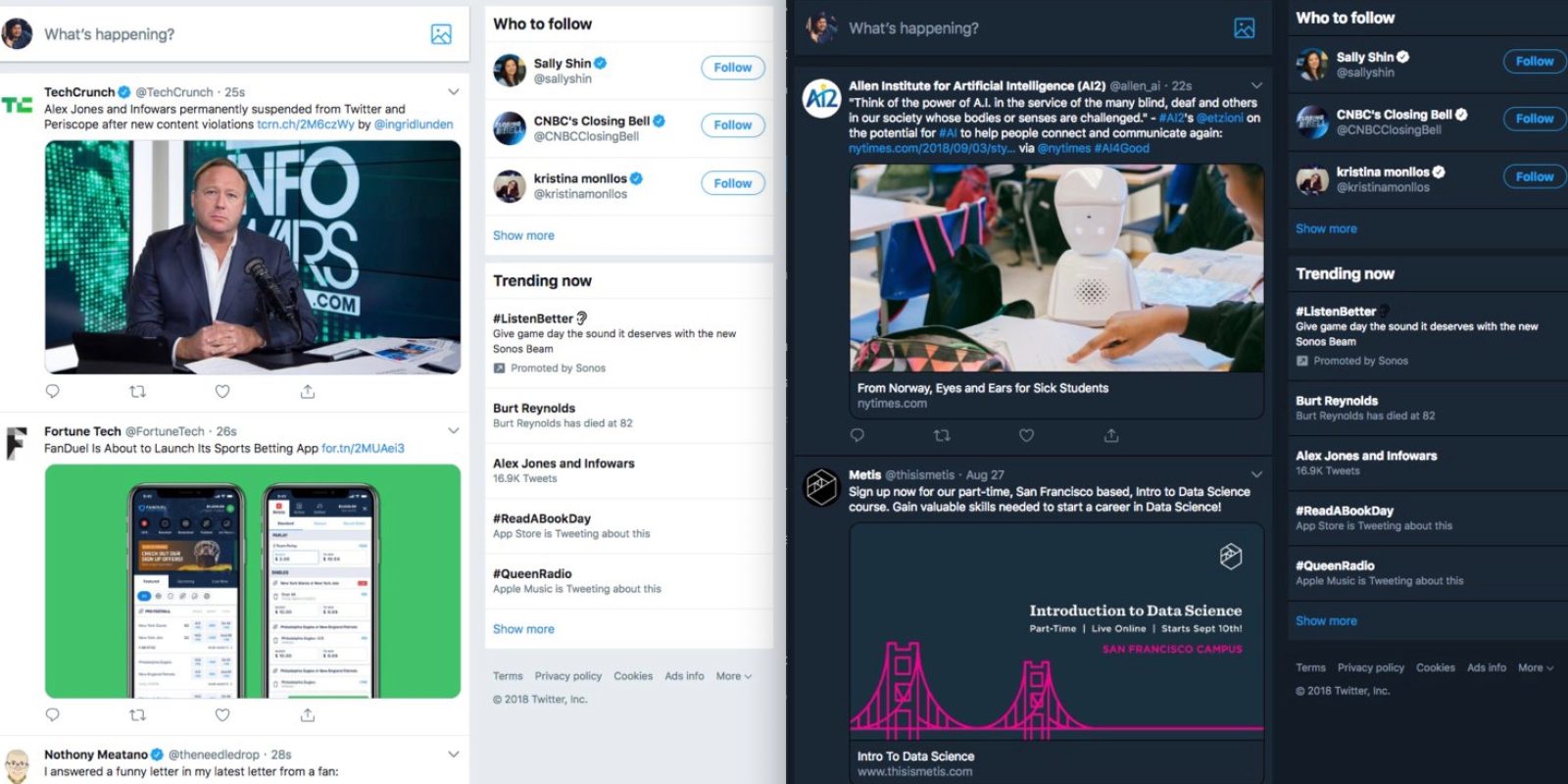 As first highlighted by Business Insider, Twitter is testing a redesigned version of its desktop interface with changes such as a new compose window, a toggle for night mode, and more. Further, Twitter today has rolled out an update to the Twitter app on iOS.


As for the desktop redesign, Twitter says this is a “limited test for now” and didn’t elaborate on when, or if, the redesign will roll out to all Twitter users. The redesigned web interface brings a refreshed Timeline interface, a new night mode toggle, and a data saver mode that prevents images from automatically appearing in the timeline.

Additionally, there are new embed options for tweets – such as the ability to adjust the color and link color, and more. The new Twitter web interface also appears to be a Progressive Web App, according to Business Insider:

It appears that the new desktop website test is a Progressive Web App, a standard that discusses how to build apps in browser windows. One cool feature is that it allows websites to be pinned to a dock or taskbar, just like an app.

In a tweet addressing the redesign, Twitter also said it brings Bookmark support to the web. This allows users to save tweets for later across mobile and web versions of Twitter.

In addition to the redesigned web interface, Twitter today also released an update to its iOS app. Most notably, this update includes support for audio-only live broadcasts:

Just a few small changes in this release:

Twitter for iOS is available on the App Store for free.

Love to use Bookmarks and want it on web? Into scrolling through Explore to see what’s happening?

We are testing out a new Twitter for web, which a small number of people will see today. Love it? Missing something? Reply and tell us. Don’t have the new experience? Stay tuned. pic.twitter.com/w4TiRrVFHU

iOS 12.2 No Longer Being Signed By Apple, Here’s What You Need To Know