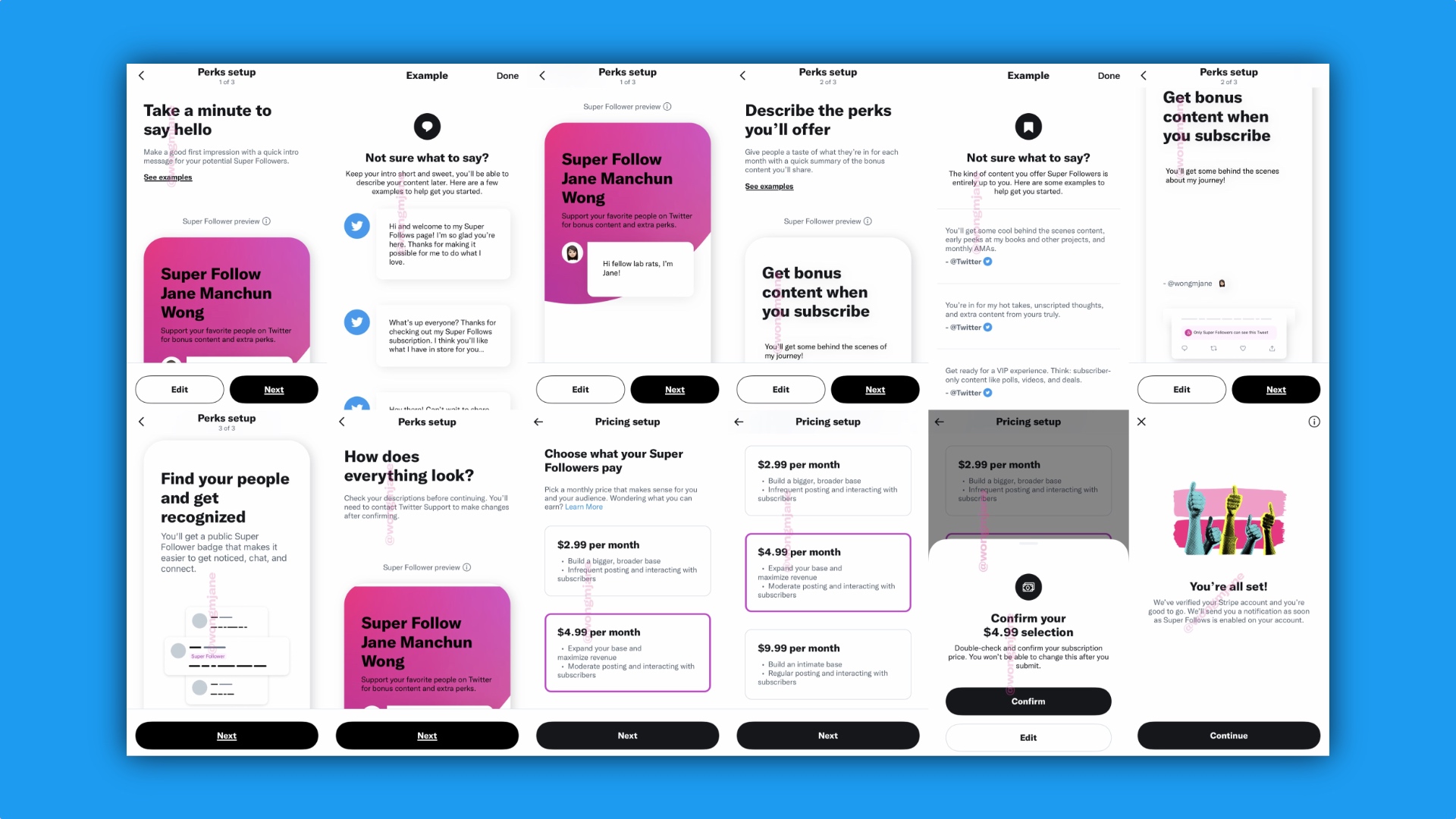 More than ever, Twitter is readying the launch of its anticipated feature Super Follow. Researcher Jane Manchun Wong has now shown more about how you’ll be able to set up this feature in your profile, subscription tiers, and more.

After months of previews and bits of information, Wong says Twitter will give three options of Super Follow subscription prices: $2.99/month, $4.99/month, and $9.99/month.

As it appears, users won’t be able to change the pricing after submitting it. Jane Manchun Wong was also able to show how Twitter will help its users to create their Super Follow feature step by step.

The “Perks setup” of being a Super Follower consists of three steps:

Twitter warns its users to “make a good first impression with a quick intro message for your Super Followers.” Then, it gives a few examples of what to write.

It also says that users will get a public Super Follower badge that “makes it easier to get noticed, chat, and connect.” After everything is set, you can choose what you want to charge. For example:

After all of this, Twitter will check if everything is alright and let you know when Super Follows is enabled in your account.

In the past few months, researcher Jane Manchun Wong was also able to what Super Follows-exclusive tweet banners will look like, alongside a new Reactions feature Twitter is rumored to launch for its users.

Wong also previewed what account will be Twitter’s official page for the Super Follows feature, which is this one here.

Are you excited to try this feature? Are you planning to Super Follow someone when it’s available? Tell us in the comment section below.