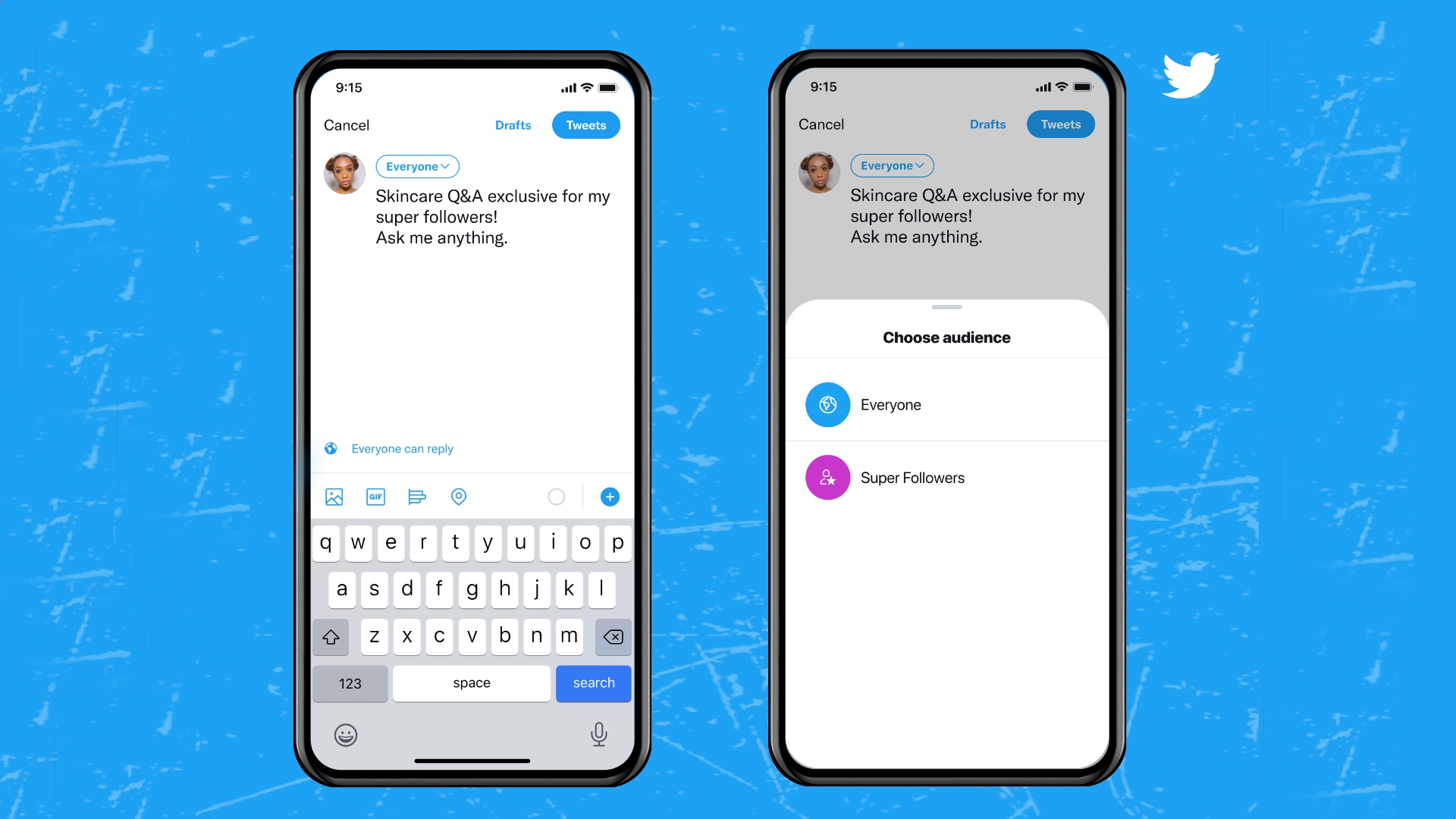 Twitter just launched its long-awaited Super Follows feature. After we report that researcher Jane Manchun Wong has shown more about how users will be able to set up this feature in their profiles, it’s now been introduced by Twitter itself.

Today we’re excited to introduce Super Follows, a new way for people to earn monthly revenue by sharing subscriber-only content with their followers on Twitter. With Super Follows, people can create an extra level of conversation on Twitter (sharing bonus Tweets and more!) to interact authentically with their most engaged followers – all while earning money.

The company gives a few examples of how the creators can give their Super Followers special access to bonus conversations:

Who can set up a Super Follows subscription?

Super Follows feature is starting with a small group within the US who applied for that and can set up a Super Follows subscription. People can continue to apply to join the waitlist by swiping open the sidebar on the Home timeline, tapping on Monetization, then selecting the feature.

To be eligible for the waitlist right now, users need to have 10K or more followers, be at least 18 years old, have tweeted 25 times within the last 30 days, be in the U.S., and follow Twitter’s Super Follows Policy.

To subscribe, on the other hand, just tap the Super Follow button on an account’s profile to see a description of their paid offerings and pricing.

Are you excited to try this feature? Are you planning to Super Follow someone? Tell us in the comment section below.