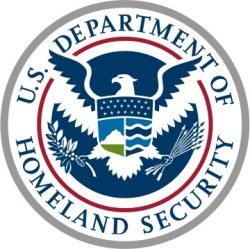 The U.S. Department of Homeland Security is considering expanding its carry-on restrictions for electronic devices to include flights departing from the United States, according to CNN.

In March, restrictions were announced that prevented U.S.-bound passengers from eight Middle Eastern countries from carrying certain electronic devices in the passenger cabin. The TSA order, which does not have a stated end date, covers laptops, tablets, e-readers, cameras, portable DVD players, and handheld gaming devices larger than a smartphone.

However, those restrictions could also soon include flights departing from the United States, according to Homeland Security Secretary John Kelly, who spoke briefly to reporters on Friday.

When asked whether it is true that he has hinted the laptop ban could expand to US soil, Kelly said that those characterizations of his thinking are accurate.

As with the original ban, the U.S. officials declined to comment on any new or specific threats, but implied that the decision had been made on evaluated intelligence.

Last week, Politico reported that U.S. airlines are making preparations for an “imminent” expansion of the ban to Europe and possibly other regions.

Note: Due to the political nature of the discussion regarding this topic, the discussion thread is located in our Politics, Religion, Social Issues forum. All forum members and site visitors are welcome to read and follow the thread, but posting is limited to forum members with at least 100 posts.
Discuss this article in our forums