Uber today announced a new “180 Days of Change” initiative that’s designed to improve working conditions for its drivers and bolster its public image. As part of the upcoming changes, Uber plans to implement tipping, a feature that drivers have long desired.

Tipping is currently available in the Uber app in Seattle, Minneapolis, and Houston, with Uber pledging to add more cities over the next few weeks. Tips will be available to all U.S. drivers by the end of July, says the company. 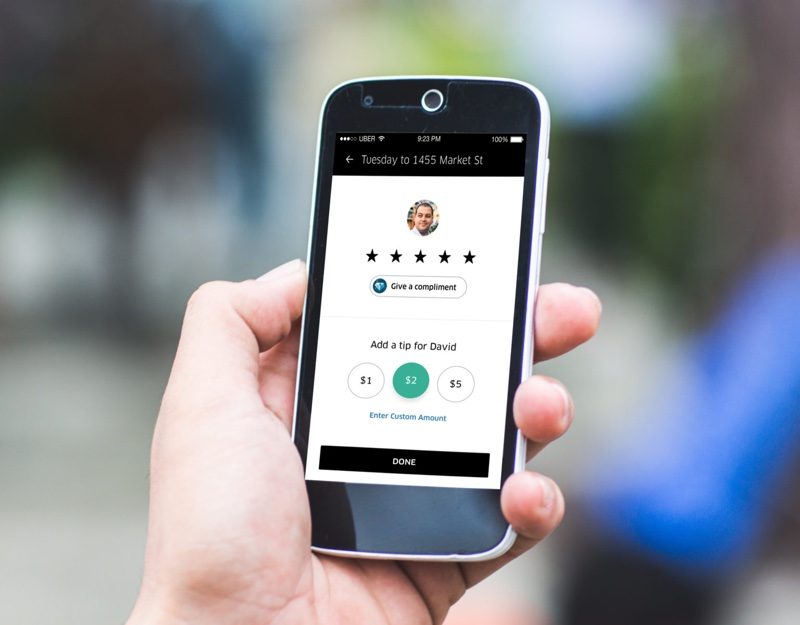 For end users, when a ride is complete, there’s a new option alongside the star rating to add a tip of $1, $2, $5, or a custom amount. The new in-app tipping option is a huge change, as Uber has long resisted tipping with the excuse that it kept the service “hassle-free,” even as competitors like Lyft implemented tips for drivers.

Along with tipping, Uber also announced several other changes that are being implemented starting today. Driver Destination trips will count towards promotions and are available for all U.S. drivers, $2 has been added to the base fare for all teen account trips, drivers will earn a per minute fee for waiting over 2 minutes for riders, a cancellation fee will be implemented if a rider cancels after two minutes (it was 5 minutes), and there’s a new Driver Injury Protection insurance option offered by Aon.

Uber plans to announce and implement additional changes over the course of the next six months.