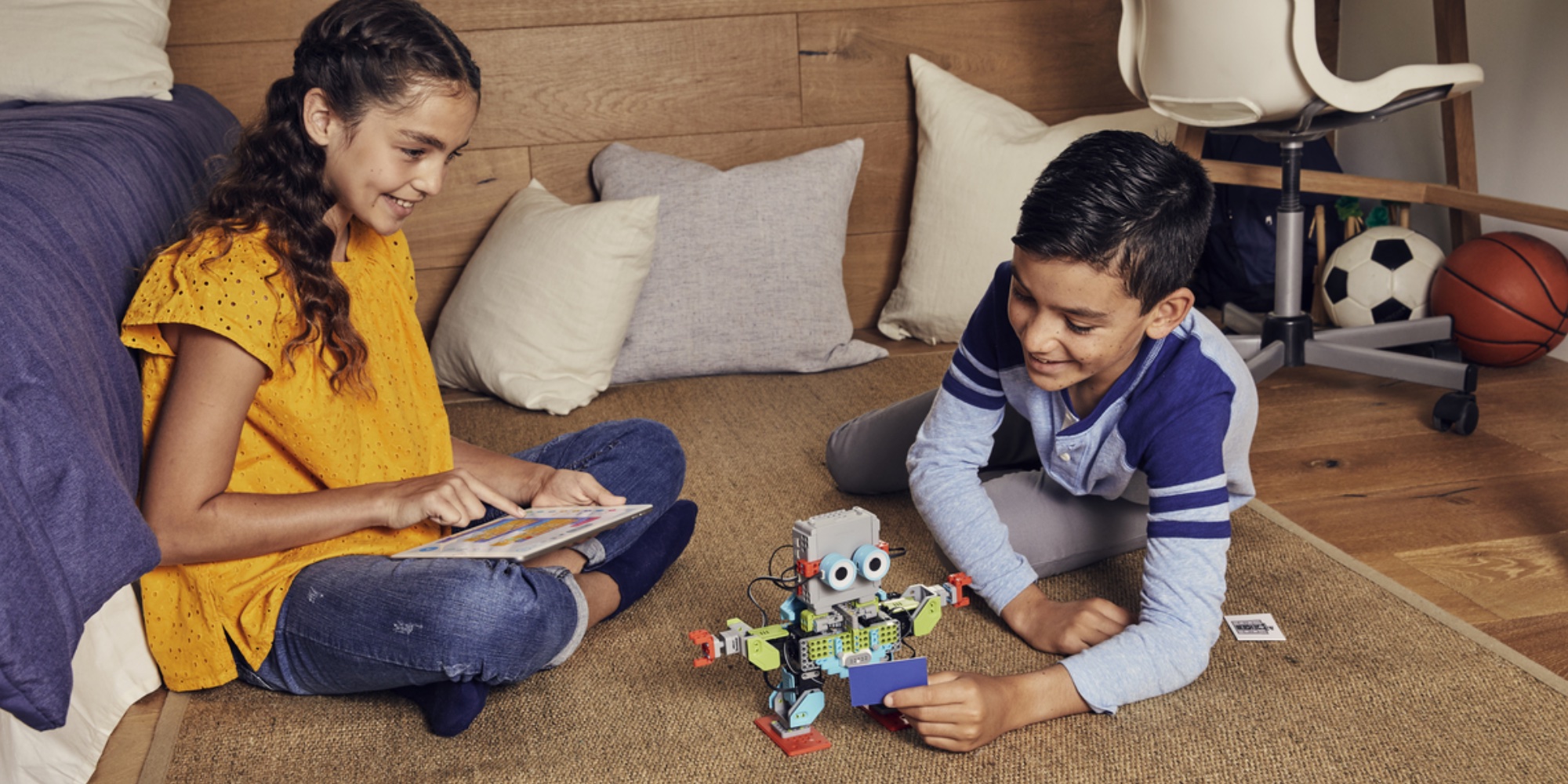 UBTECH is a company that is far from new to the home robotics scene. We’ve previously admired its Walker and Cruzr, and have taken a hands-on look at its Iron Man MK50 bot. Now, UBTECH is back for something a bit different with the announcement of its MeeBot 2.0 robot kit. Launching as an Apple store exclusive, the new coding kit looks to improve on the company’s past releases with a larger design, programmable LEDs, and more.

Much like other coding kits on the market, you’ll first have to assemble the MeeBot 2.0 robot out of interlocking pieces. Those familiar with any of the company’s JIMU robots, like the previous version MeeBot, will be right at home with the experience here. Though compared to its predecessor, UBTECH has enhanced its new MeeBot 2.0 robot with a hearty dose of new features. Most notably, today’s unveil clocks in as 30% larger than the first generation coding bot. There’s also the introduction of programmable LED eyes, which is undoubtedly my favorite addition.

You’ll also find a color sensor that can be leveraged for custom reactions, as well as six “smooth motion” robotic servo motors and a new gear system. One thing that hasn’t changed here is that UBTECH’s MeeBot 2.0 robot pairs with a companion iOS app. This offers a simple drag and drop coding interface, assembly instructions, and more.

While in the past, UBTECH has looked to attract shoppers with Marvel and Star Wars-affiliated releases, this time around, things are a bit different. As you can tell from the design, you won’t find the likeness of any licensed properties here. Instead, UBTECH is looking to Apple for a helping hand for debuting its MeeBot 2.0 Kit.

The latest from UBTECH will be releasing later today exclusively at Apple’s online storefront and retail locations. It’ll sell for $129.99, which is a significant price hike over the previous model.

With the company’s past reliance on Disney partnerships and the like nowhere to be seen here, UBTECH’s latest release will have stand on its own two legs here. Regardless of how fulfilling the programming options have been on the company’s Stormtrooper or Iron Man robots, there’s still the novelty to fall back on. But now that it’s just UBTECH’s robot and coding experience, it’ll be interesting to see how well things go for MeeBot 2.0.

With the holiday shopping season right around the corner, the new robot coding kit has a lot of sales potential going forward. And of course, being featured in Apple stores across the United States will undoubtedly be an added boost.