Popular writing platform Ulysses was updated to version 2.8 on Wednesday, bringing some notable new features and improvements including Touch ID and password support.

The release of the new version means iOS users can now protect their text library via Touch ID, while Mac users without access to fingerprint recognition, or who prefer not to use it, can alternatively rely on a personal password. The idle time after which the app locks itself can also be customized. 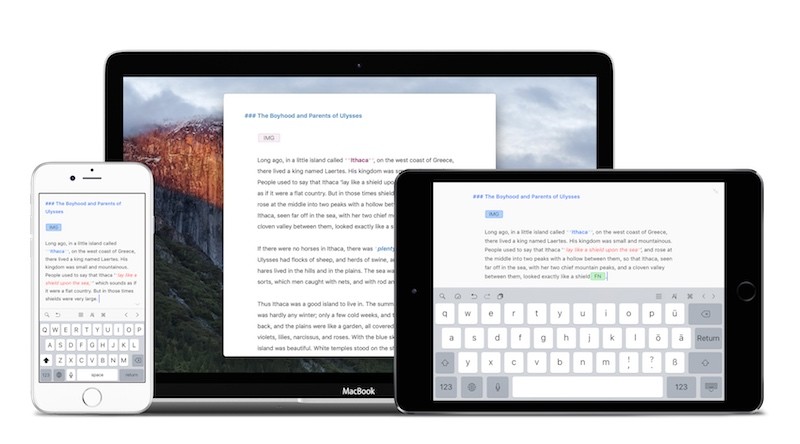 Beyond the new access protection, the update enhances Ulysses’ document management features, like groups and filters. Filters can now be used to narrow down the library content based on negative criteria. In other words, users can search for texts that don’t contain a specific word, phrase or keyword.

In addition, a number of new icons for labelling groups and filters have been added. Combined text statistics for groups and filters, so far limited to the Mac version of Ulysses, are now available on iPad and iPhone as well.

Elsewhere, update improves the support of x-callback-urls on both macOS and iOS, and adds a number of new x-callback-actions. X-callback is used by certain applications for automating action sequences, among others the iOS app Workflow which was recently acquired by Apple.

Lastly, the update adds support for VoiceOver to its Touch Bar controls, and adds a number of performance improvements and bug fixes.

Ulysses 2.8 is a free update for existing users on both iOS and macOS. Ulysses for Mac costs $44.99 on the Mac App Store, while the universal app for iPhone and iPad costs $24.99 on the App Store.