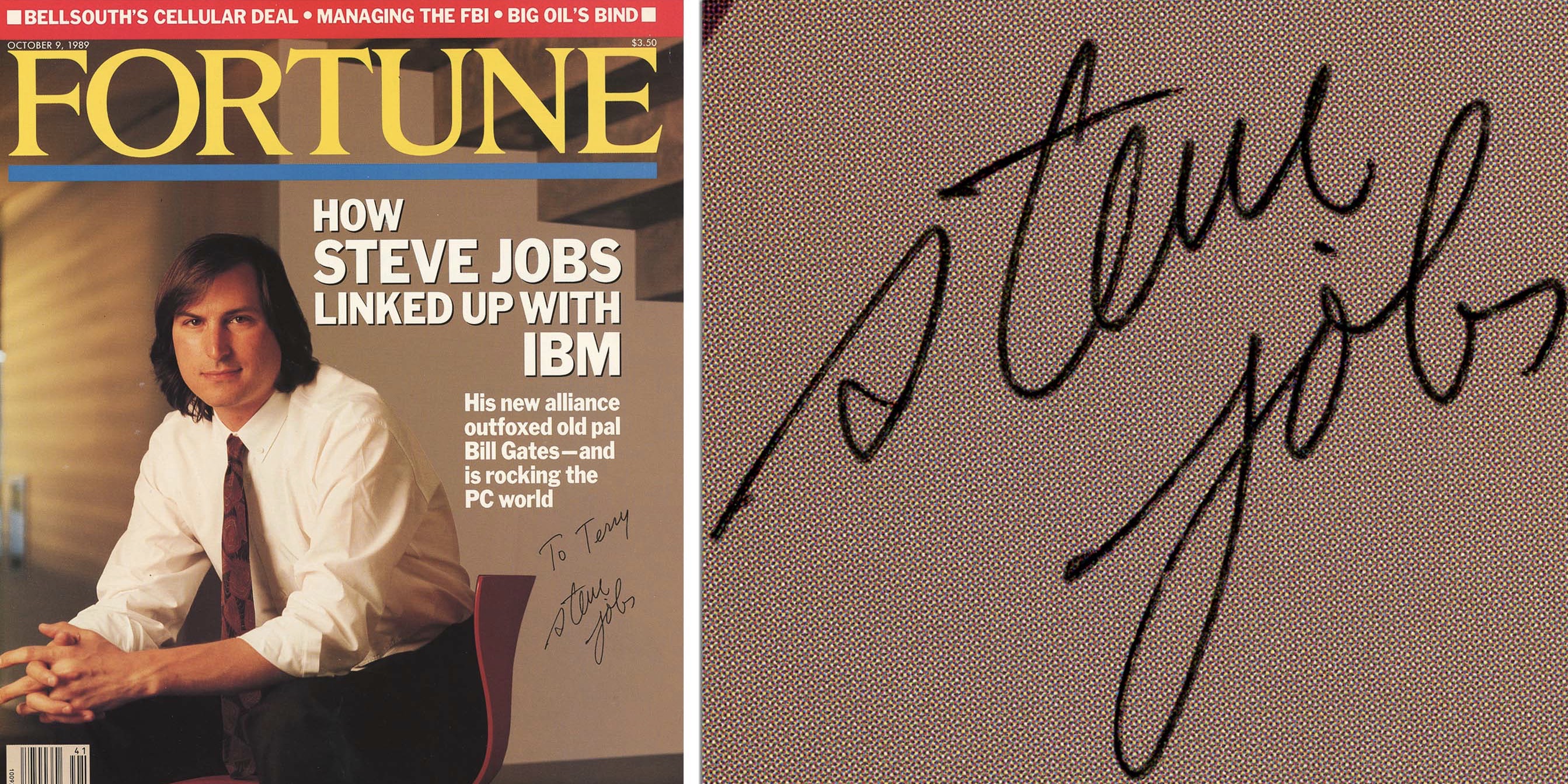 A new piece of Steve Jobs signed memorabilia is up for grabs this week. Starting on July 30, an autographed Fortune Magazine issue featuring Jobs on the cover will be auctioned off with bidding starting at $11,000 and it also comes with a funny backstory.

Update 7/31: After a total of three bids, the autographed magazine sold for $16,638, making it one of the more affordable pieces of Jobs-signed memorabilia.

Items autographed by Steve Jobs are rare and usually command tens of thousands of dollars. Last year we saw a Jobs signed floppy disk go for $84,000, while an autographed Pixar poster scooped up $31,000.

The latest piece of Jobs memorabilia up for grabs from Nate D. Sanders Auctions is a signed copy of Fortune Magazine from the NeXT era.

The magazine was published shortly after the launch of Jobs’ new company NeXT, Inc. Jobs signed in black ink, ”To Terry / steve jobs”, with his characteristic lower case signature, next to a photo of the charismatic technology icon.

It comes from a former chauffeur, Terry, and there’s an interesting little backstory about it. While Jobs agreed to Terry’s autograph request, he decided to give some feedback to the limo company…

The recipient, Terry, was one of Jobs’ chauffeur drivers for several years before asking Jobs to sign this magazine. Jobs subsequently called the limousine company to complain about the autograph request.

Nate D. Sanders Auctions notes that the signed magazine has been authenticated and comes with a certificate from JSA.

You can view the full listing here with bidding starting on Thursday, July 30.