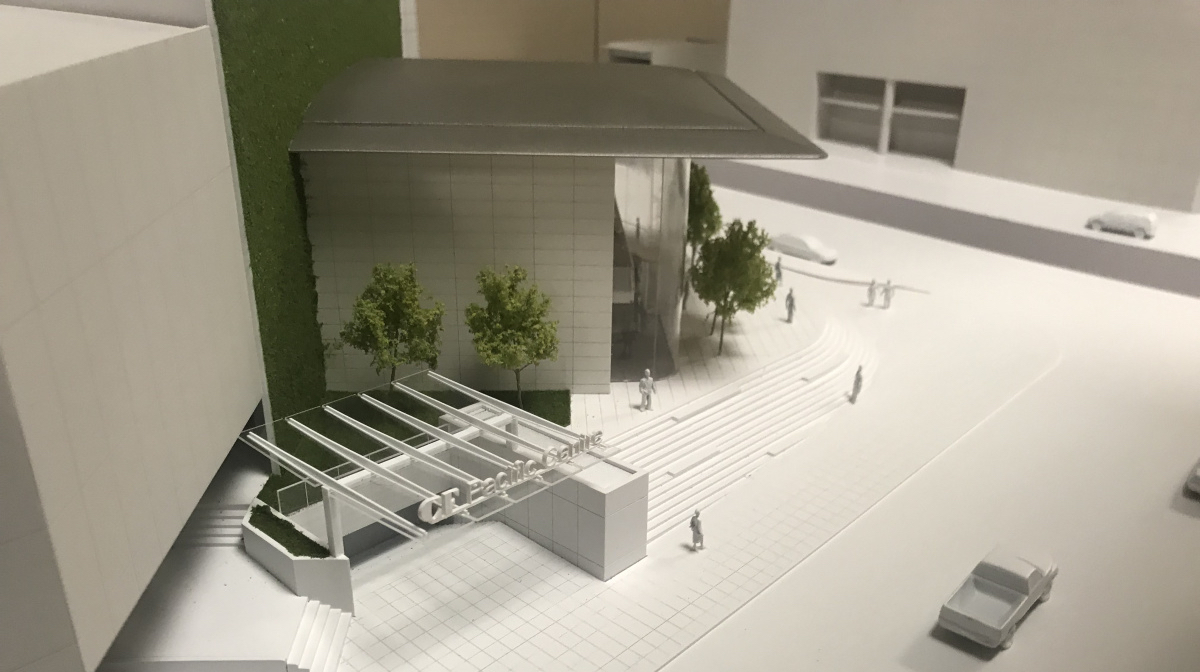 As Apple continues the push to expand its retail footprint with larger and more prominent stores, continued growing pains threaten the future of an upcoming flagship location destined for Vancouver’s Pacific Centre. At a recent meeting, the city’s Urban Design Panel expressed preliminary disapproval of the shopping center’s expansion plans.

In February, the first glimpses of Apple’s planned expansion at the Pacific Centre were seen in documents submitted to the City of Vancouver. Designed by Perkins+Will architects, renderings of the multilevel pavilion were left unnamed, but feature signature design elements of contemporary Apple Stores. The structure would replace an existing rotunda mall entrance.

Meeting on March 20th, Vancouver’s Urban Design Panel was presented with a model of the planned retail pavilion and was sought to advise the development proposal. While the panel found Apple’s approach to the building skillfully executed, a critical eye was turned toward the site’s proposed use of public space and materials chosen for the store:

Those in the room seemed stunned when one member announced they believe retail doesn’t belong on this corner. They added the recommendation should be to relocate this building somewhere else. The applicant admitted they didn’t know how to respond to such a desire, and the chair made it clear this was not an option. The chair tried to explain that, by rejecting this application, the applicant could proceed with their previously approved design, which offered even less public space.

CityDuo also notes that some panel members expressed dissatisfaction over the green wall planned to form a backdrop for the store and adjacent plaza:

The large green wall featured heavily in the recommendations. Often repeating each other, they called for it to be relocated, and for more design resolution between the pavilion, the mall background and the public realm. Really, it boiled down to ensuring the pavilion’s design was strengthened and related better to the mall behind it.

While the design panel didn’t formally request the project to be resubmitted, a motion of support was defeated 4-3. The rejection doesn’t necessarily mean store construction can’t proceed. Vancouver’s Urban Design Panel is simply an advisory group and cannot approve or refuse projects. A final decision on the proposal won’t be made until May 13th, when Vancouver’s Development Permit Board meets.

Around the world, Apple’s retail development teams have encountered the same refrain from city officials, development committees, and concerned citizens. In both Stockholm, Sweden and Melbourne, Australia, flagship store rejections were rooted in a fear of losing public space to commercial development. Apple has promised to enhance the communities they enter by collaborating with award-winning architects and offering free educational opportunities through Today at Apple, but these initiatives have done little to sway the opinions of those with the power to approve or reject a development proposal.

A continued line of public rejections comes at a time when public demand to solve Apple Store overcrowding problems has increased. The dissonance in opinion presents a particularly unique dilemma that will likely only escalate in coming years as plans for larger and more community-oriented stores are proposed for the hearts of top cities throughout the world.

Apple releases watchOS 6.2.8 with Car Key and ECG to three...