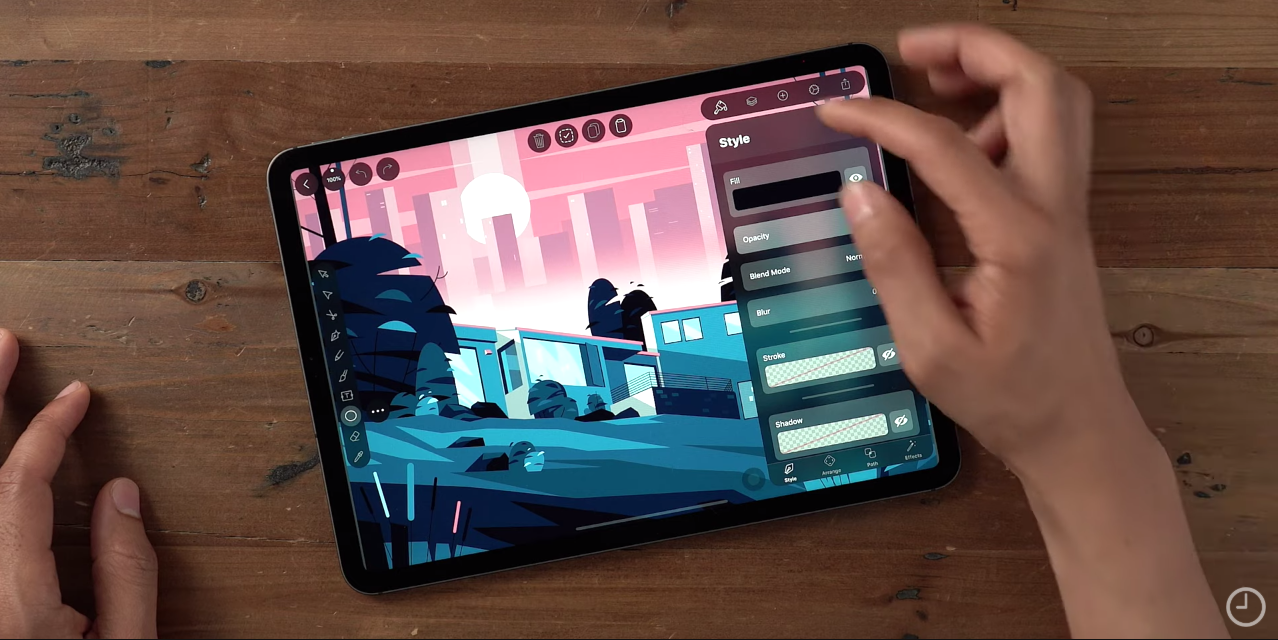 After making its pro version free for all last year, popular vector graphics app Vectornator this week launched one of its biggest updates yet and it remains entirely free for current and new users. The developers also announced the upcoming release of its first Vectornator for Mac app slated to arrive later this year.

You can download the new Vectornator for iPhone and iPad for free now.

Head below for our video hands-on with the update:

As you’ll see in our hands-on video above, version 2.4 of Vectornator introduces some big new features to the vector design app on top of an updated design and user experience the developers call “Levitation Design”.

Among the new highlight features, version 2.4 includes a redesigned document browser, a new Live Corner Radius and Anchor Points UI, and an enhanced inspector within the refreshed design. You’ll also see some enhancements to the popular Stacks feature allowing you to place folders within folders and better organize all of your assets. Improvements with machine learning mean the app is even better at naming all of your image layers automatically based on what’s pictured.

And as always with Vectornator, the vector graphics app is designed from the ground up for both iPhone and iPad users with the full experience and all features available on both devices, unlike some of its competitors that offer scaled back versions for the smaller screen. The app also retains all of its previous features along with some other enhancements all while remaining entirely free.

While there is already a lot packed into the new update, Vectornator is promising a real-time collaboration feature coming by the end of the year.

Vectornator already makes it easy to get projects onto the desktop with Adobe Creative Cloud integration and ton of export and import options to seamlessly go to and from another vector design app like Illustrator CC. But the developers are also planning its first Mac app for Vectornator to bring the full experience to the desktop later this year.

You can download version 2.4 of Vectornator for free now.