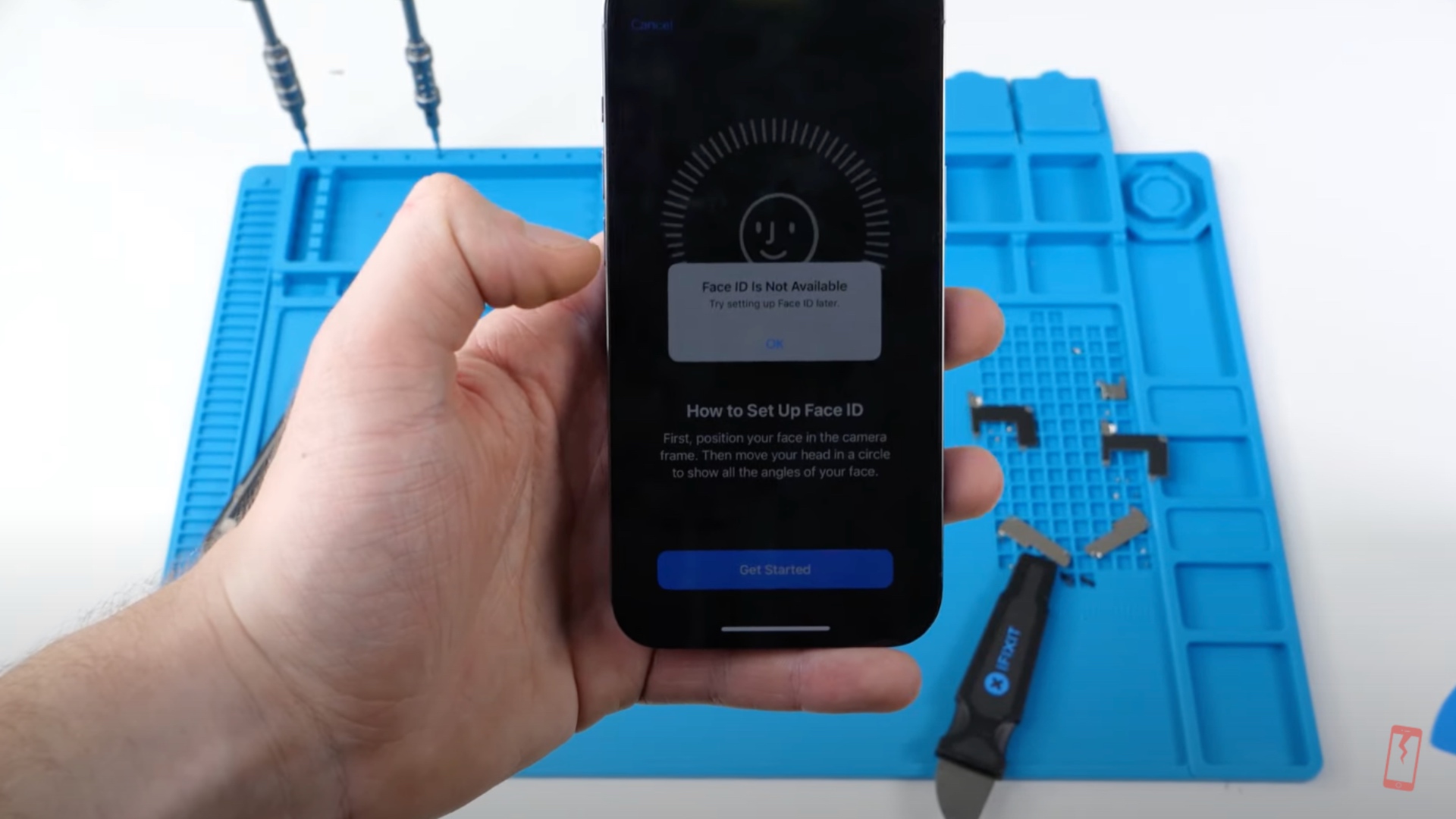 Last week, 9to5Mac reported that Face ID stops working if you replace the iPhone 13 screen with a third-party repair. Now, a new video shows that it’s possible to replace the screen and make facial recognition work, but it’s not simple.

When we covered the original Phone Repair Guru video, he said that even when you replace your iPhone 13 screen for another original display, a message saying “Unable to verify this iPhone has a genuine Apple display” appeared.

He then suggested that there are some workarounds like other parts to the new screen, but that most repair shops wouldn’t do that because it’s “too sophisticated.”

With that in mind, iCorrect, a UK third-party repair shop, proved that it’s possible to replace the iPhone 13 screen without losing Face ID, but, indeed, it’s a very sophisticated process.

In a blog post, iCorrect explains why Face ID is disabled on the iPhone 13 when replacing the screen and also gives context ever since Apple introduce this technology with the iPhone X:

“From our research, the iPhone communicates with the screen through a microchip embedded on the screen. This screen microchip is an integrated circuit (an assembly of electronic components fabricated into a single unit) responsible for translating your analog touch (your finger pressing on your screen creating an analog signal) to a digital signal (for your iPhone to understand as your iPhone is a mini-computer and doesn’t understand analog signals)

(…) The iPhone 13’s screen IC now not only acts as a ADC, enables True Tone, carries a ROM for the non-genuine message but also now communicates with Face ID. We believe this communication with Face ID is a bug in iOS15. But it shows us a glimpse of how much more complex the screen IC is going to be in the future. We expect the next generations of iPhone to contain 2 biometrics in Face ID & in screen Touch ID.  We expect when replacing a screen in future will disable the in screen Touch ID.“

Although our last take about Apple’s doing this was regarding the controversy about the Right to Repair law, iCorrect has a different perspective of why the Cupertino company is so picky about third-party repair shops:

“In my opinion, and something which I can’t comment on for the whole industry, is that this is not a fight with third party repair, this is Apple’s fight with China. We as consumers and repairers are just caught in the middle. Apple designs beautiful technology outside and in, they have it produced in China, who then disassemble the technology and manufacture alternative parts. Apple is using their own genius against the Chinese by blocking aftermarket parts. Unfortunately it also means that they also block the usage of their own parts. That genius by big tech manufacturers can be seen as control through serialisation of parts as discussed today.

This move to disable Face ID was originally seen as a checkmate move by Apple, but today I’m happy to be reporting that this is only check.“

You can watch his seven-minute video showing the same as Phone Repair Guru and then how to replace the screen while maintaining Face ID on the iPhone 13: