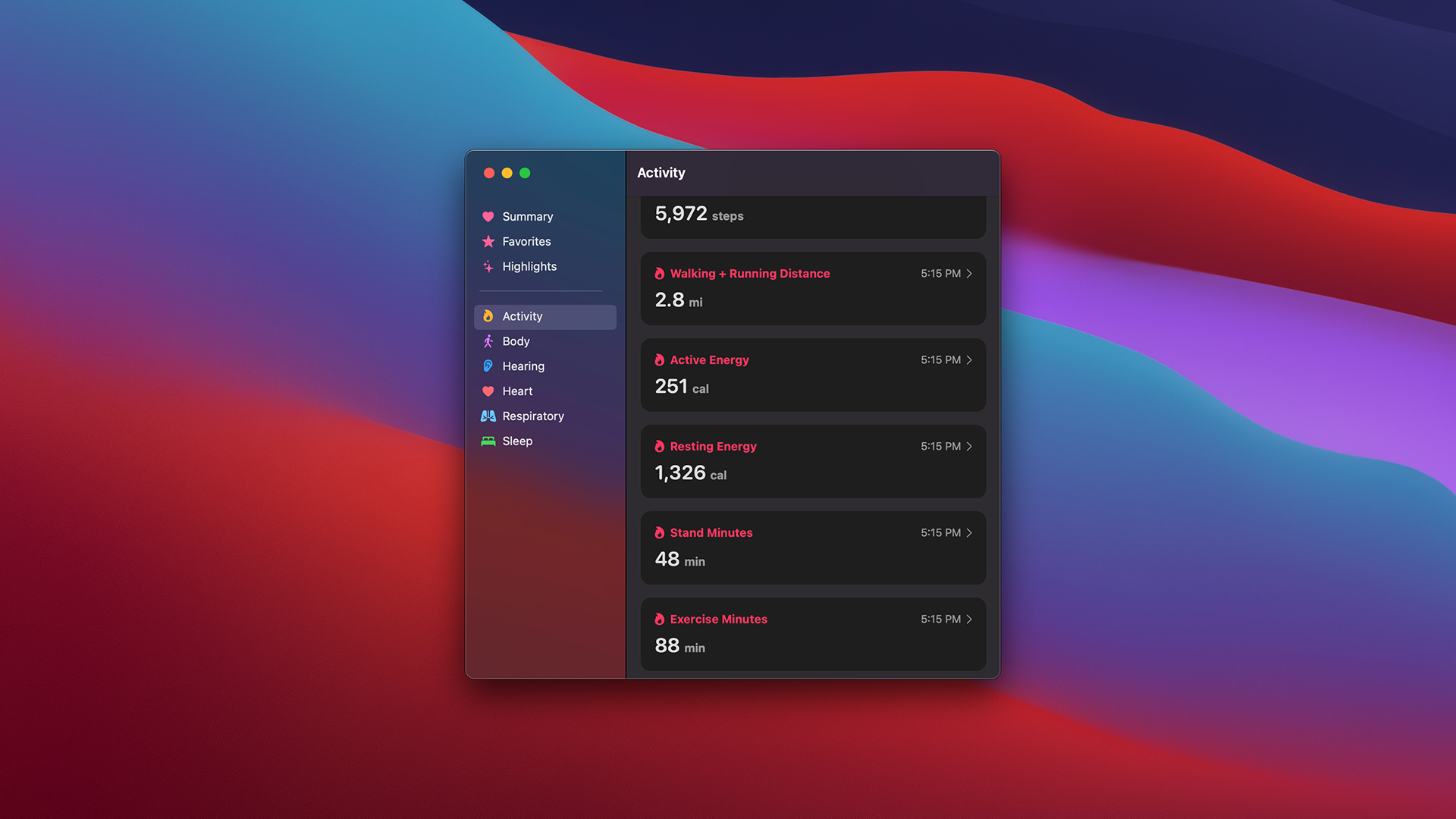 iPhone has featured the Health app since iOS 8, but the app has never been expanded to other devices in all those years. Although there are no rumors on the Health app being available on more platforms, developer and designer Jordan Singer has created a new concept that imagines a macOS version of the app.

The Health app on macOS would provide easy access to the user’s health information, according to Singer’s concept. It has the same cards style as the iOS app, but the Health Categories are all shown in the app sidebar instead of a dedicated menu like on the iPhone.

The app interface is designed to be more familiar to Mac users, with the translucent sidebar and smaller items ready for the mouse pointer. But what’s most impressive is that the concept is not just an image, but a real experience built with SwiftUI.

For those unfamiliar with SwiftUI, it allows developers to create the interface of an app in an intuitive and universal way so that it’s ready to run on iOS, macOS, tvOS, and even watchOS.

While there’s not much to talk about the Health app since it would be the same as on the iPhone, we can discuss why it’s not yet available on the iPad and even the Mac. It’s understandable that the Health app was released only for iPhone in 2014 as the smartphone is the primary device for most people, but such data should be available anywhere now.

Personally, I work with my Mac most of the day, and it’s quite annoying not being able to check my health information directly on my computer. The same applies to the iPad, not to mention users who have only one of these devices and not an iPhone.

With Apple bringing more apps from iOS to macOS every year through Catalyst technology, I expect the Health app to be one of the next ones.

You can take a closer look at Singer’s concept by downloading the source project on GitHub.