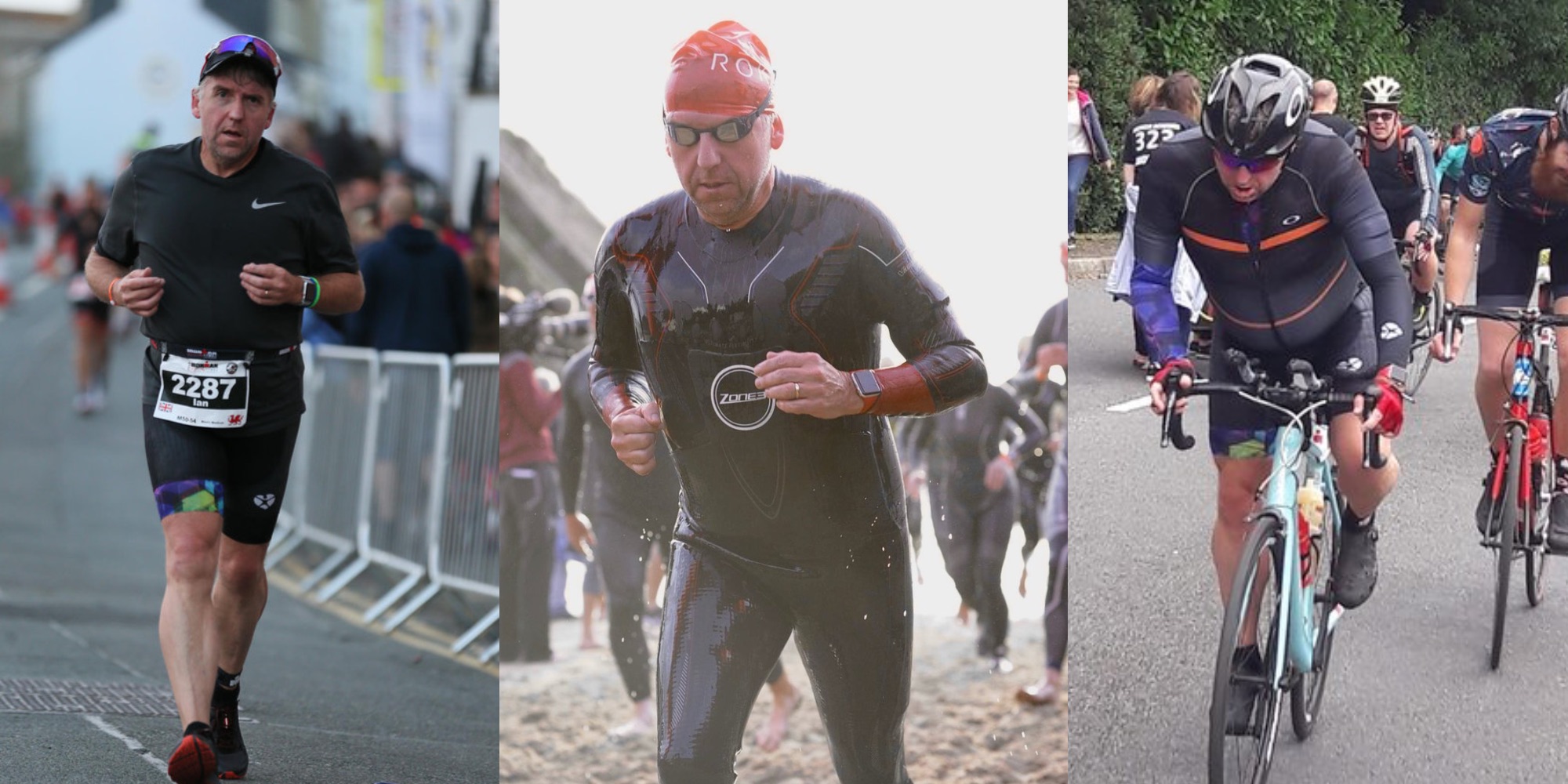 9to5Mac kicked off a new seasonal podcast series this summer called Watch Time. We connect with real people to share stories of how the Apple Watch is changing lives.

The latest episode features Ian Blackburn, a 54-year-old father of three who self-describes as “not a lifetime athlete at all.” After experiencing a DVT during travel, Ian felt compelled to lose some weight and improve his health…

From injured to athlete

Cycling around England with his Garmin watch and iPhone eventually led to the Long Course Weekend in Wales, a multisport festival in Europe that consists of cycling, swimming, and running. Ian credits family members who previously completed the race for motivating him to think he could become a finisher too.

After a year of preparation, Ian dove into his first IronMan-type event with a sunset-decorated 2.4 mile swim with jellyfish on Friday evening, a hilly 112-mile bike ride, and a full marathon (26.2 miles) run on Sunday. Training for an official IronMan race soon followed.

Ian has been an Apple Watch customer since launch day in 2015, but his Garmin watch remained his training watch initially. That changed when someone asked why he wore an Apple Watch during his first IronMan race, questioning whether it could be used to train for such a serious race.

Naturally, the competitor’s question became a challenge for Ian: why not train for an IronMan race with an Apple Watch? Series 2 had already added built-in GPS, and Series 3 with cellular was on the horizon. Apple Watch continued to improve, and Ian’s Garmin sports watch suffered from software bugginess over time.

This set Ian on a path of training for the IronMan Wales triathlon exclusively with the Apple Watch for one year, and he hasn’t looked back since.

Yes I think I can say I “closed my rings” after completing IronMan Wales yesterday! #applewatch #closeyourrings #ironmanwales #triathlon pic.twitter.com/NunaKpXPMT

Ian has documented his experience using the Apple Watch as his training partner for cycling races, swims, and marathons on his extremely motivational and informative Apple Watch Triathlete blog over the last three years. Documenting best practices and lessons learned over the years led Ian to publish a dedicated ebook devoted to learning how to train like an IronMan with Apple Watch.

There’s something about the Apple Watch that can appeal to anyone, and for Ian — a 54-year-old athlete who pushes himself to new limits — its fitness data and pushing the Apple Watch to its limits that motivates him.

Following our interview, Ian shared with me that he’ll be completing a 10K swimming course with his Apple Watch on September 15. What I love about this is that Ian is using his hobby to raise money for a great cause, something that has motivated me to totally copy!

You can hear our full discussion on the latest 9to5Mac Watch Time podcast episode on Apple Podcasts. Help support the show and keep the podcast series going by checking out the episode’s sponsor: Monowear: Get 15% off the company’s premium Apple Watch accessories w/ code 9to5MAC15.