Apple’s difficulty in garnering a larger share of the smartphone market in China has been looked at recently by The Wall Street Journal, which described the ubiquitous mobile app WeChat [Direct Link] as the iPhone’s “toughest rival” in the country. Citing data from QuestMobile, on average WeChat is said to have captured nearly 35 percent of each user’s monthly smartphone usage time, averaging about 1 billion monthly active users in total.

The problem for Apple is that WeChat is an entire ecosystem, with one app allowing users to pay for services, text, call cabs, watch videos, play mobile games, and access cloud-based “mini programs,” or apps that don’t need to be downloaded to a device to be used. Because all of these WeChat features are universal across smartphone brands, analysts speaking with The Wall Street Journal questioned whether or not Apple is “losing its edge” in China. 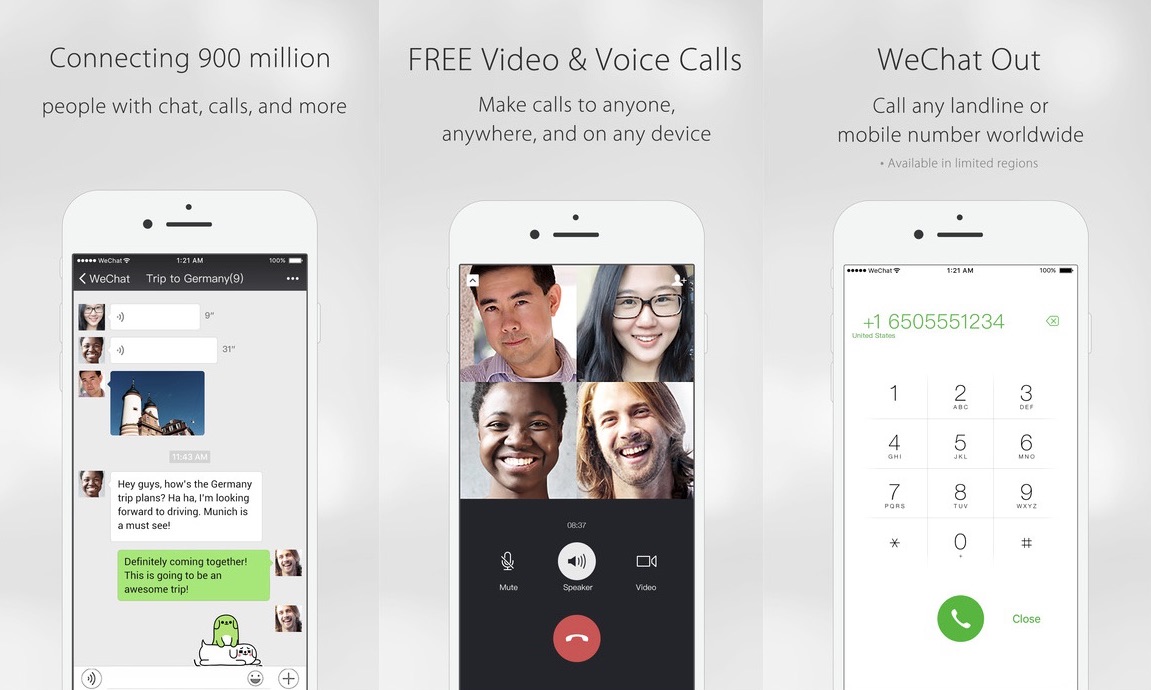 Specifically, Apple saw a sales drop in Greater China (including Hong Kong and Taiwan) in the first half of this past fiscal year, with revenue falling 13 percent in the period. According to analysts looking towards the launch of the iPhone 8, that device’s success “largely depends on sales in China.”

Skeptical investors are asking whether consumers in China will pay $1,000 for a new iPhone, when they spend more than 60% of their phone time inside a system from Tencent or from rivals Baidu Inc. and Alibaba Group Holding Ltd. “That’s the question: Is Apple losing its edge?” said Katy Huberty of Morgan Stanley, who remains optimistic about Apple’s prospects in China.

Apple has been making moves recently to focus on China, including naming Isabel Ge Mahe as vice president and managing director of Greater China, who is said to ensure that Apple’s products and services appeal specifically to China users. Just this weekend, Apple also removed VPN apps from the China App Store, a move that could potentially help Apple gain favor with Chinese authorities.

Some iOS 11 features — such as the new QR code scanner in the Camera app — are also seen as a way for Apple to appeal to users in China who are used to having these abilities on hand with WeChat. If Apple doesn’t continue to bolster its software, solely relying on upgraded hardware changes might not be enough to convince iPhone users to stick around, according to analyst Ben Thompson.

Tailoring software for the market could be critical to keeping the iPhone competitive. Otherwise, Mr. Thompson wrote, Apple runs the risk that the phone’s appearance becomes the only thing that matters when Chinese consumers buy a new device.

Such a shift potentially would force Apple to overhaul its entire business model, moving to a system where it releases a new-looking phone annually rather than every other year, as it does currently.

In terms of market share, market research firm Warren Capital noted that Apple and the iPhone have taken fourth place in China, behind Oppo, Vivo, and Huawei. Apple dropped to fifth place in terms of smartphone devices shipped in Q4 2016 (with Xiaomi added into the mix along with the previously mentioned Chinese brands), and in April Kantar Worldpanel’s data noted that iOS dropped to its lowest share of the China smartphone market since 2014.

Thompson points to WeChat as a major reason only 50 percent of China-based iPhone owners stayed with Apple when purchasing a new phone, while in other countries that number is closer to 80 percent on average. Since users spend so much time within WeChat and rarely see any other advantages to owning an iPhone, the app “has turned Apple into just another vendor in China,” which analysts see as particularly problematic for Apple as the iPhone 8 launch grows nearer.

During a visit to China earlier in the year, Apple CEO Tim Cook told local media outlet Caixin, “We’re not just someone who’s here to access the market. We’ve created almost 5 million jobs in China. I’m not sure there are too many companies, domestic or foreign, who can say that.” Ultimately, Cook said that Apple isn’t afraid of the challenges it faces in China, telling the site that Apple is “here to stay.”