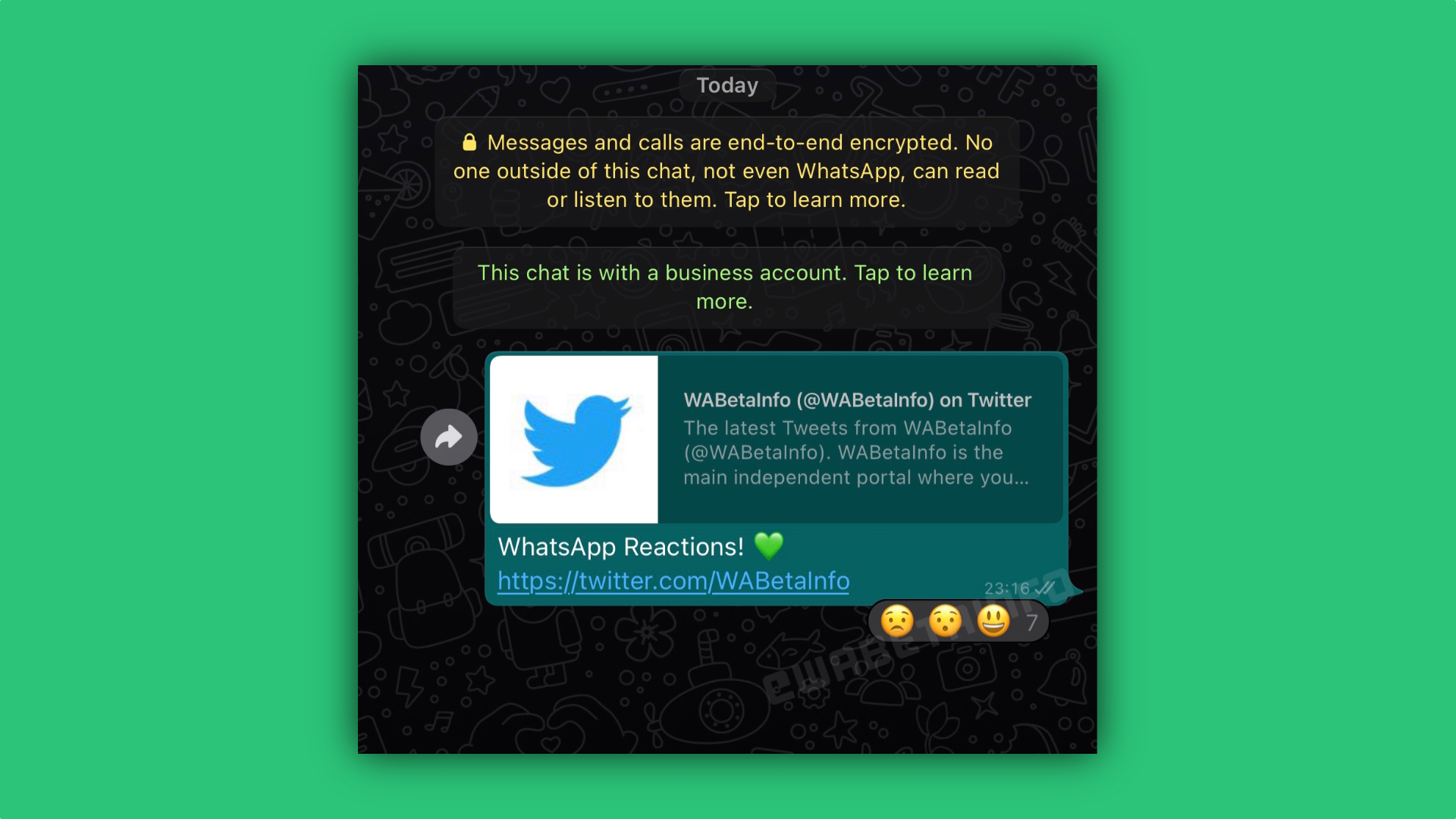 WhatsApp has been working on new reaction features for at least a few months. Now, there’s more pieces of evidence regarding the development of this function.

As spotted by always-reliable WABetaInfo, the new beta version of WhatsApp, 2.21.210.15, brings the ability to manage reaction notifications with new settings to disable them or change their tone.

With that, users can be alerted (or not) by new reactions the same way they are with messages and groups notifications. Even though WhatsApp is working on this feature, reactions are still not available for public beta testers to try it out.

Previously, WABetaInfo said messages can have an infinite amount of reactions but they will stop being counted when reaching 999 of them, after that, a “+” sign will appear. Another important piece of information is that reactions aren’t anonymous so in a group chat, people will know who reacted with what emoji.

The first time we reported about this feature, WhatsApp had only implemented a message when someone reacts to one of your messages and you were running a previous version of WhatsApp.

“You received a reaction. Update your version of WhatsApp to see reactions.”

WhatsApp has also been working on multi-device support 2.0, which will bring an iPad app and let users connect to the app even without an internet connection with their phones or with it off. Currently, public beta testers for its desktop app are already able to join the multi-device beta program, which lets you use WhatsApp with up to four devices paired without the need of a smartphone connected to the internet.

To learn everything new with WhatsApp and what the company has been preparing for its iOS app, don’t forget to keep checking 9to5Mac.