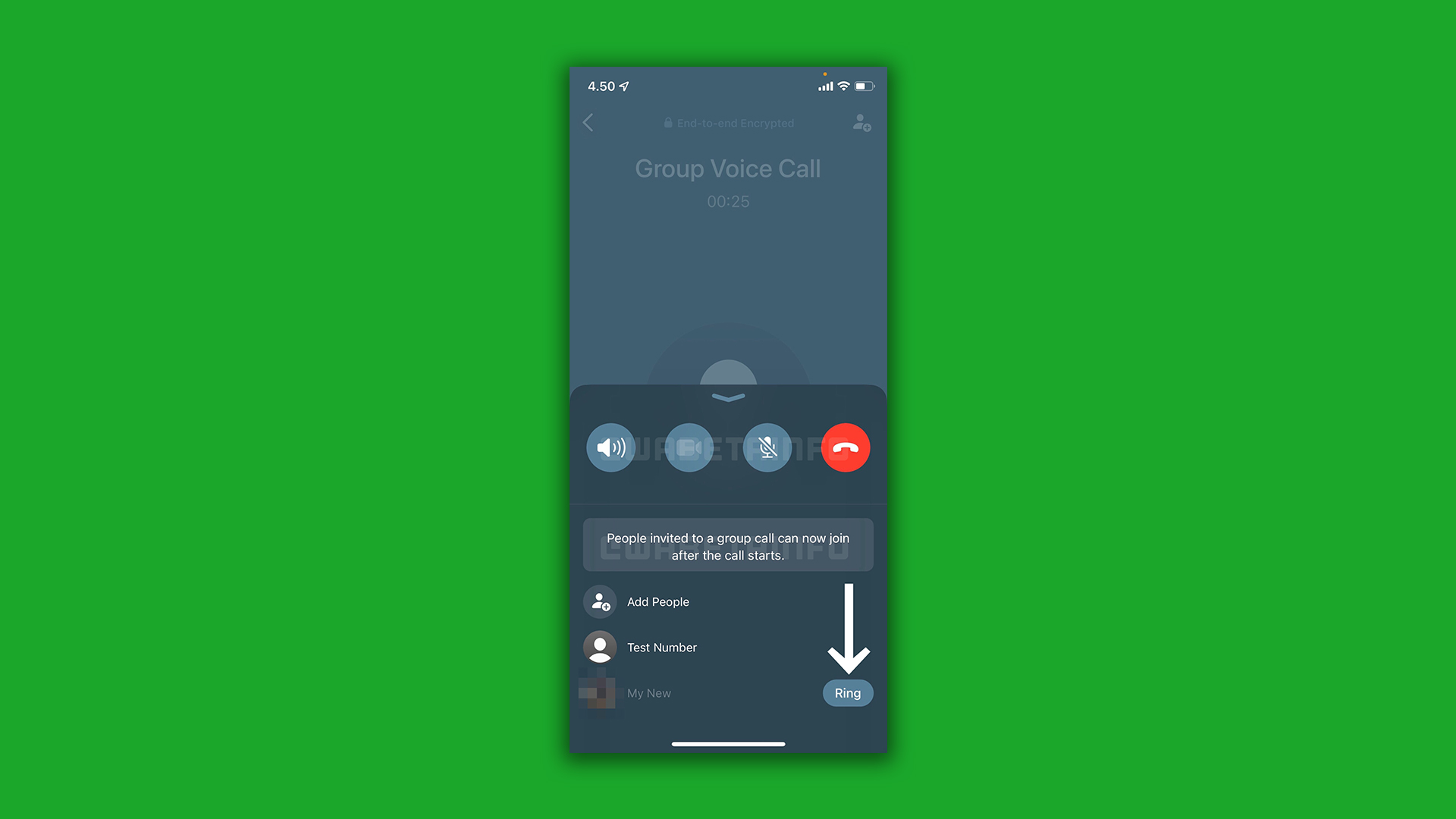 WhatsApp had released version 2.21.140.11 beta on TestFlight. This update brings a new call interface and a few more tweaks to this function.

According to WABetaInfo, when WhatsApp beta testers make a call using the app, they will see a new interface similar to FaceTime. It also adds a new Ring button as well, which easily lets someone in the call ring a person again if they were unable to accept it.

Another feature introduced in this version of WhatsApp beta is the ability to join an ongoing group call if the user didn’t respond at the time the call was made.

When can you join group calls? If you temporarily ignore to participate in a group call, and you open WhatsApp again after some time, if the group call is still ongoing, the app might present you an alert if you want to quickly join the call, without asking other participants to add you again.

With the “Tap to join” banner in the call tab, the user just needs to click there to participate in the conversation.

Recently, WhatsApp also started to test multi-device compatibility on the desktop app. Also according to WABetaInfo, users will be able to add up to four devices and one mobile phone with the same account. With that, even when the phone is turned off or without a cellular connection, it will be possible to use the app on the Mac or, in a not-so-distant future, on the official iPad app.

Apart from that, when you archive a conversation and the person sends you a message again, it will stay in that tab. You can read more about it here.