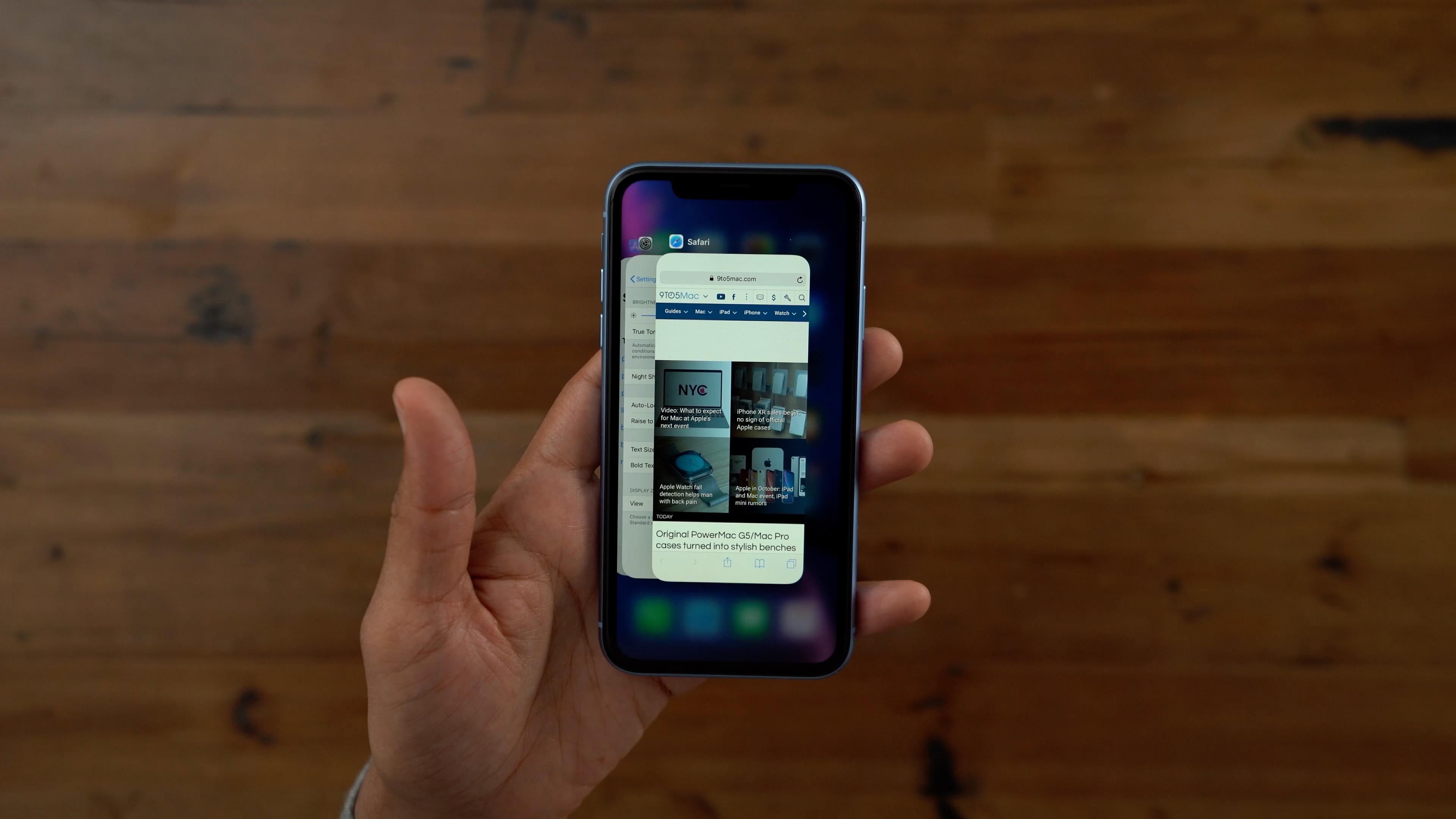 Apple currently sells four different iPhone models, with the two bookend models — the iPhone 11 Pro and iPhone 8 available in both large and small sizes. With so much variety, it may be confusing as to which iPhone is best for you or someone you plan on buying one for.

In this hands-on video walkthrough, I share my opinion and answers to the question: Which iPhone should I buy?

The iPhone 8, which debuted alongside the iPhone X back in 2017, is the lowest-end iPhone model that Apple sells as new. It’s the only iPhone in Apple’s lineup that still features a physical Home button, and it outright lacks features like the TrueDepth front-facing camera. In other words, it lacks Face ID biometric authentication to unlock your iPhone just by looking at it.

On the positive side, the iPhone 8 and iPhone 8 Plus, with their A11 Bionic chips, remain competent performers from a processing perspective, even as we head into 2020. And the fact that the units maintain the Home button, means that navigating around isn’t nearly as gesture-heavy as the remaining crop of iPhones.

In that regard, the iPhone 8 and iPhone 8 Plus may be better for those that wouldn’t be as comfortable learning a new way to navigate around iOS, as the Home button is like a “get out of jail free card” for easily getting back to the Home screen.

Video walkthrough: Which iPhone should I buy?

Visit iFixit and use code BLUEANDBLACK19 to get $10 off $50 and free domestic shipping until Dec 3rd. Special thanks to iFixit for sponsoring 9to5mac on YouTube.

The regular-sized iPhone 8, with its diminutive 4.7-inch display, is also the smallest and thinnest iPhone that Apple currently sells. If you’re looking for the most pocketable smartphone that Apple offers, then the 4.7-inch iPhone 8 is it.

Along with the familiar usability of the Home button, and design language that harkens all the way back to the very first iPhone, the iPhone 8 is the cheapest model on offer from Apple today. Starting at $449 for the 4.7-inch 64 GB model, it’s ideal for those upgrading from an older smartphone. Apple also offers a larger iPhone 8 Plus model, with a 5.5-inch display, that starts at $549.

The iPhone XR is $150 more than the entry-level iPhone 8, but it’s a better iPhone in virtually every way in my opinion. It doesn’t feature quite the amount of resolution as the iPhone 8 Plus, but the Liquid Retina HD display with its edge-to-edge design thanks to the omission of the Home button, is nonetheless stunning.

Because of its design, Apple was able to fit a larger 6.1-inch display inside of a body that’s smaller than the iPhone 8 Plus, which features just a 5.5-inch display. As a result, the iPhone XR feels significantly more modern and up to date, and could easily be confused with today’s iPhone flagships at first glance.

The iPhone XR supports Face ID unlock and uses the same gesture-based system that debuted with the iPhone X. That means that you won’t find Touch ID support, but Face ID has generally proven to be a better alternative anyway.

For users coming from an older iPhone with a Home button, there may be a learning curve associated to using the new gestures and Face ID, but it’s nothing that can’t be learned with a little bit of practice.

Performance-wise, the A12 Bionic chip, the same chip featured in last year’s flagship iPhone XS, is still a gamer. And for photo and video, the iPhone XR is more than capable, featuring a single 12MP wide angle shooter with f/1.8 aperture on the rear. Even advanced camera features like Portrait mode, which lends DSLR-like shallow depth of field to photos, are supported on the single-lens iPhone XR.

Pound for pound this is far and away the best iPhone that Apple currently sells, which makes it a pretty incredible value at just $599. If you’re looking for a largely capable new iPhone that will last several years into the future, this is the device for you.

While the iPhone XR might present the best bang for the buck, the iPhone 11 is the phone that most people looking for the latest and greatest should buy. Starting at $699, it’s priced well for a smartphone with flagship specs. 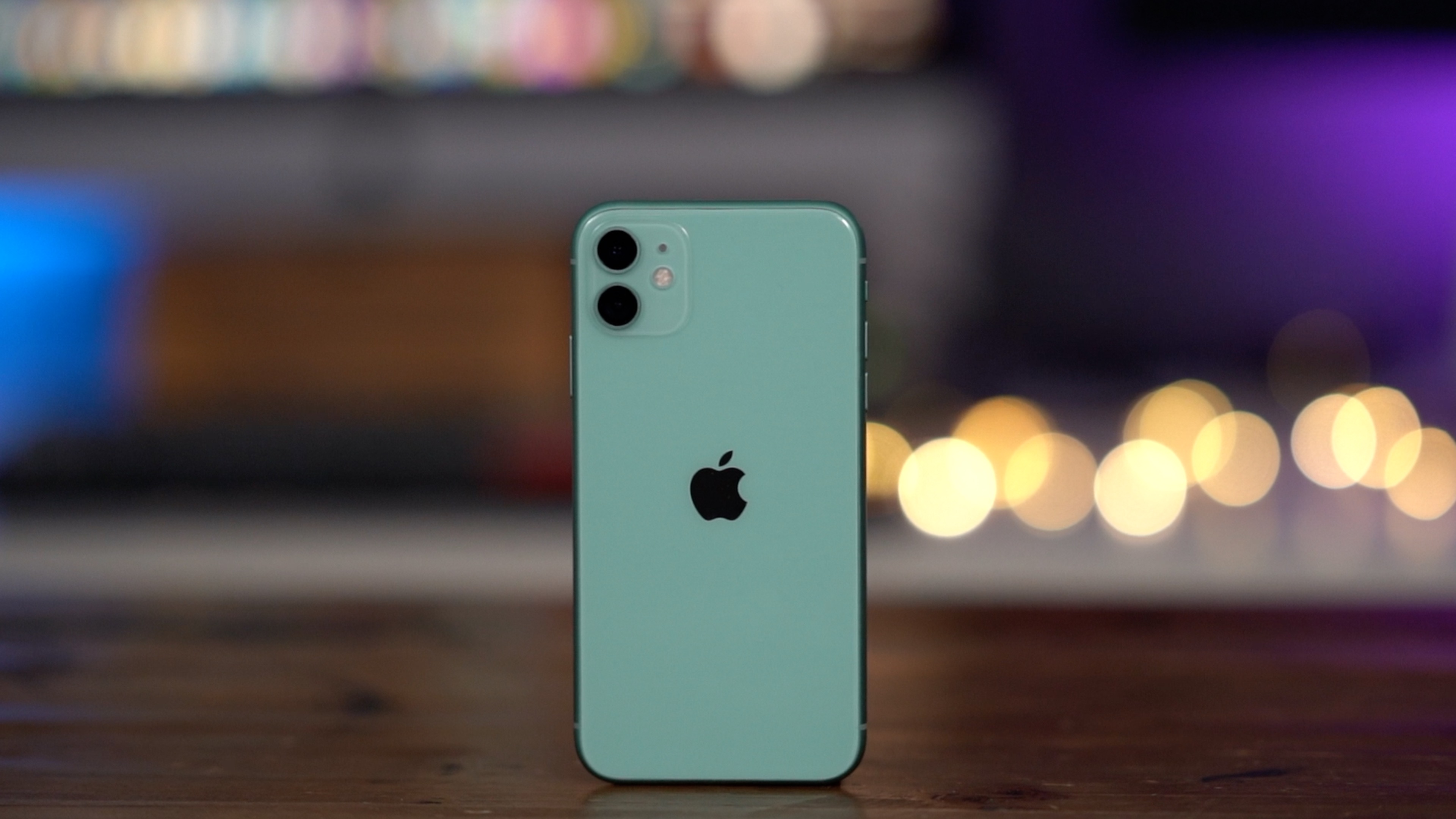 Unlike its predecessor, the aforementioned iPhone XR, the iPhone 11 Pro is highly camera-centric and brings outstanding value to the table for those interested in shooting photos and videos.

Strapped with a dual camera module on the rear, the iPhone 11 comes with both a standard wide angle camera and a new ultra wide camera that makes it great for outdoor photography, architecture, etc.

The iPhone 11 also ships with the ability to shoot 4K video at 60 frames per second on all of its cameras, comes with a new Night mode feature for improved low light shooting, enhanced portrait mode for capturing inanimate objects and animals, and features many, many, additional new camera enhancements.

For the money, the iPhone 11 provides users with an insane amount of camera features. It also ships with additional improvements like better battery life, better water resistance, and of course, a much faster A13 Bionic chip, the same chip found in the highest-end iPhone 11 Pro.

Although I’m not a big fan of its limited color choices, the new matte Midnight Green color is intriguing. I also prefer the stainless steel band that wraps around the permitter of the iPhone 11 Pro, a decidedly more high-end touch than the aluminum found on the lesser iPhone 11 model. 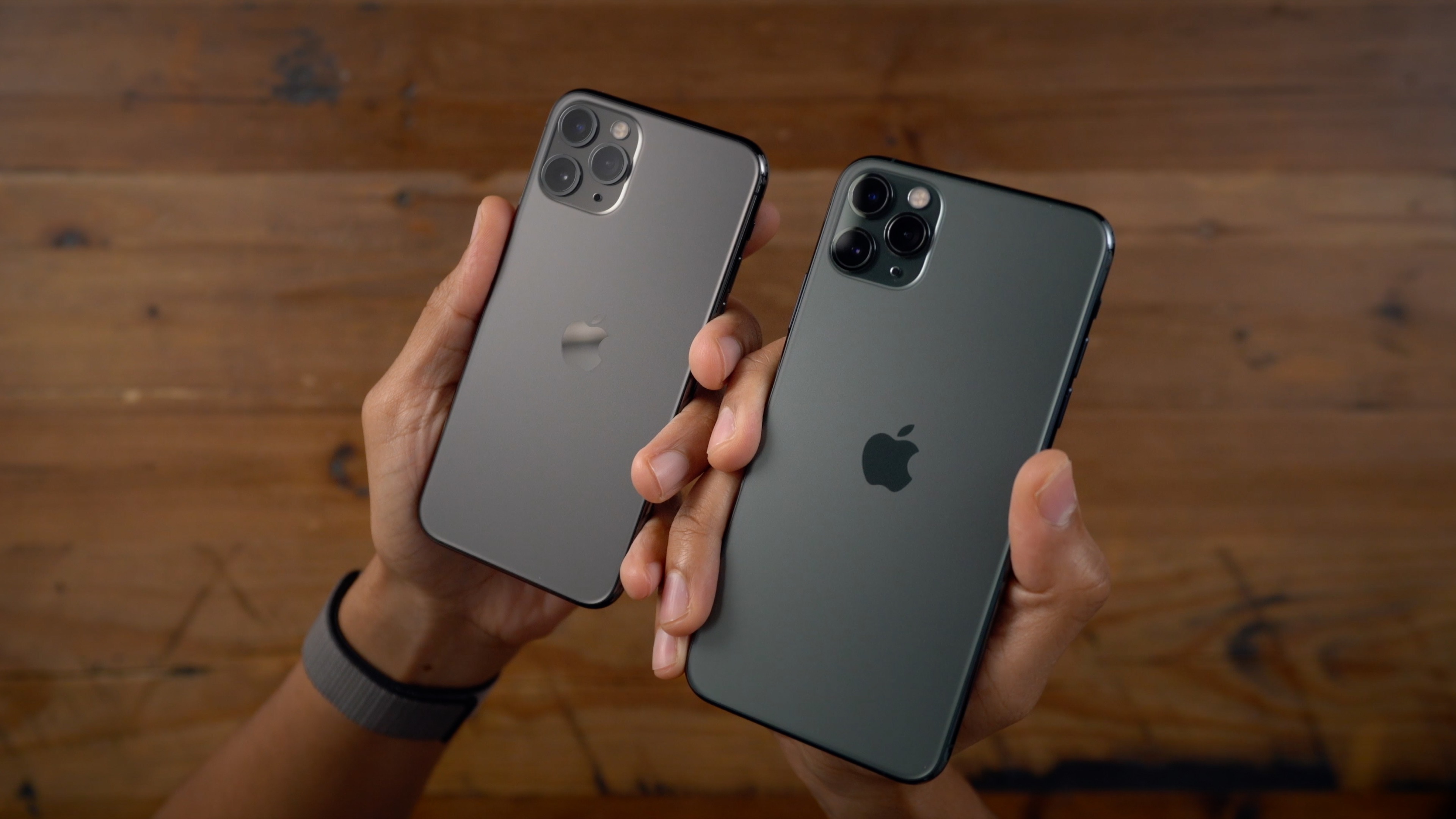 The iPhone 11 Pro is very much like the regular iPhone 11, and even includes the same A13 Bionic system on a chip. Yet, there are noteworthy differences that help justify the $300+ price increase over the basic iPhone 11.

Key attributes, such as two screen size options, an improved “Super Retina XDR” OLED display, a triple camera module with a telephoto lens, better battery life, and a fast charger included inside the box, make the iPhone 11 Pro the super-flagship that it is.

For example, the addition of an improved telephoto lens provides a more flexible camera system, allowing you to perform zooms across three different focal lengths. And the Super Retina XDR display, with its insane 2,000,000:1 contrast ratio, is perfect for playing back HDR content and taking advantage of iOS 13’s new Dark mode feature.

And then there’s the ridiculously long battery life of the iPhone 11 Pro Max version, which is in my opinion, one of the key reasons why one would consider the highest-end smartphone that Apple sells.

Needless to say, there’s a lot to like about the iPhone 11 Pro, but it comes at a cost. While it’s certainly not the phone that most users should be considering from Apple’s lineup, if you’re really into taking photos and video, and you wish to play back and edit that content right from your device, the iPhone 11 Pro, with its uber-long battery life may be the best choice for you.

All things considered, I’d stay away from the iPhone 8 and 8 Plus in most circumstances. If buying an iPhone for parents, grandparents, or kids, I’d recommend the iPhone XR. If buying a new iPhone for a significant other or anyone else, I’d get the iPhone 11. 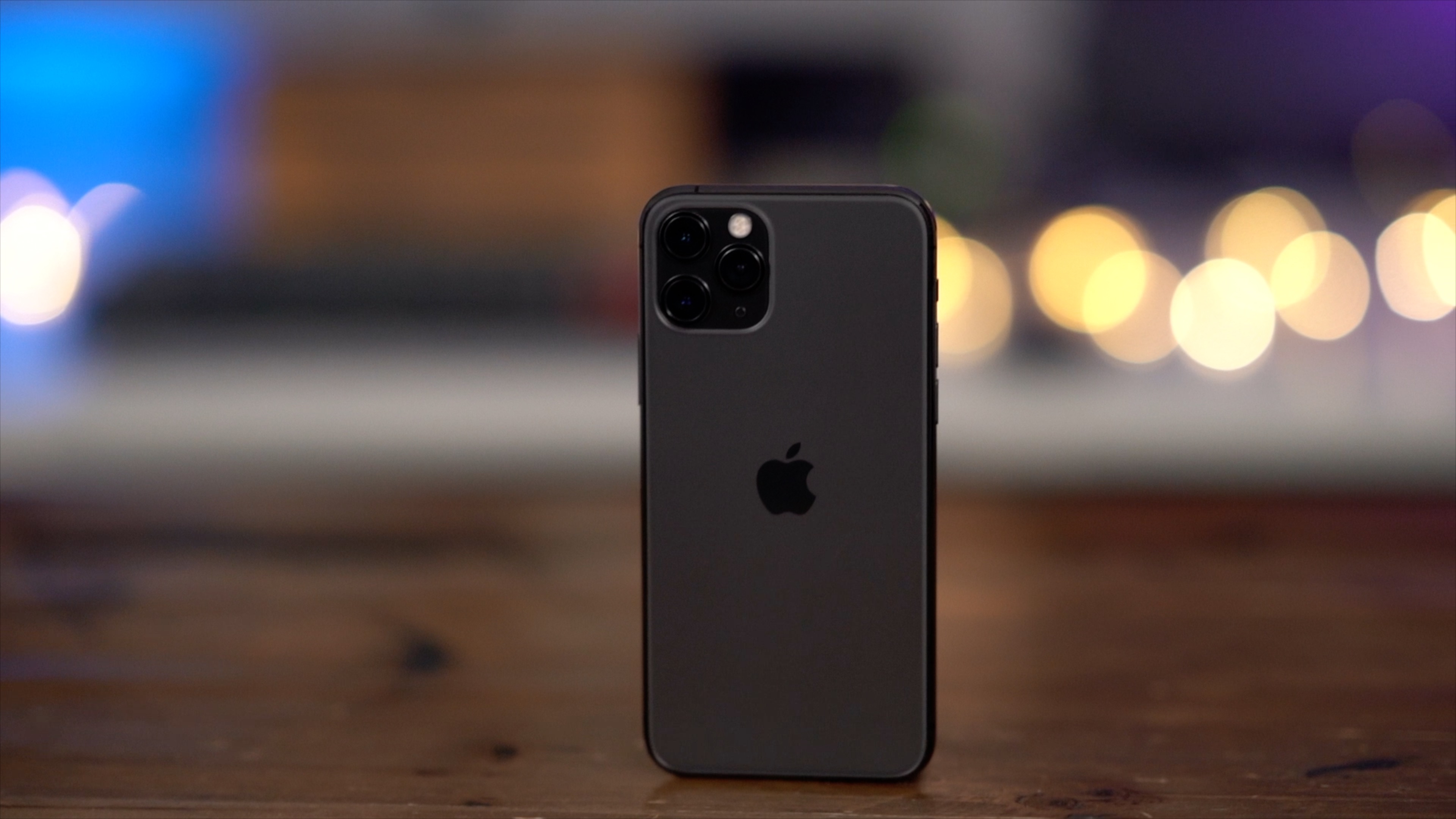 If you’re buying an iPhone for someone who’s crazy about taking photos and videos, or someone who demands the absolute best, money being no issue, get the iPhone 11 Pro. But even then, I’d still be tempted to stick with the iPhone 11, as it presents an incredible value for the money.

What do you think? Do you agree or disagree with my sentiments? Sound off down below in the comments with your thoughts, recommendations, and opinions.