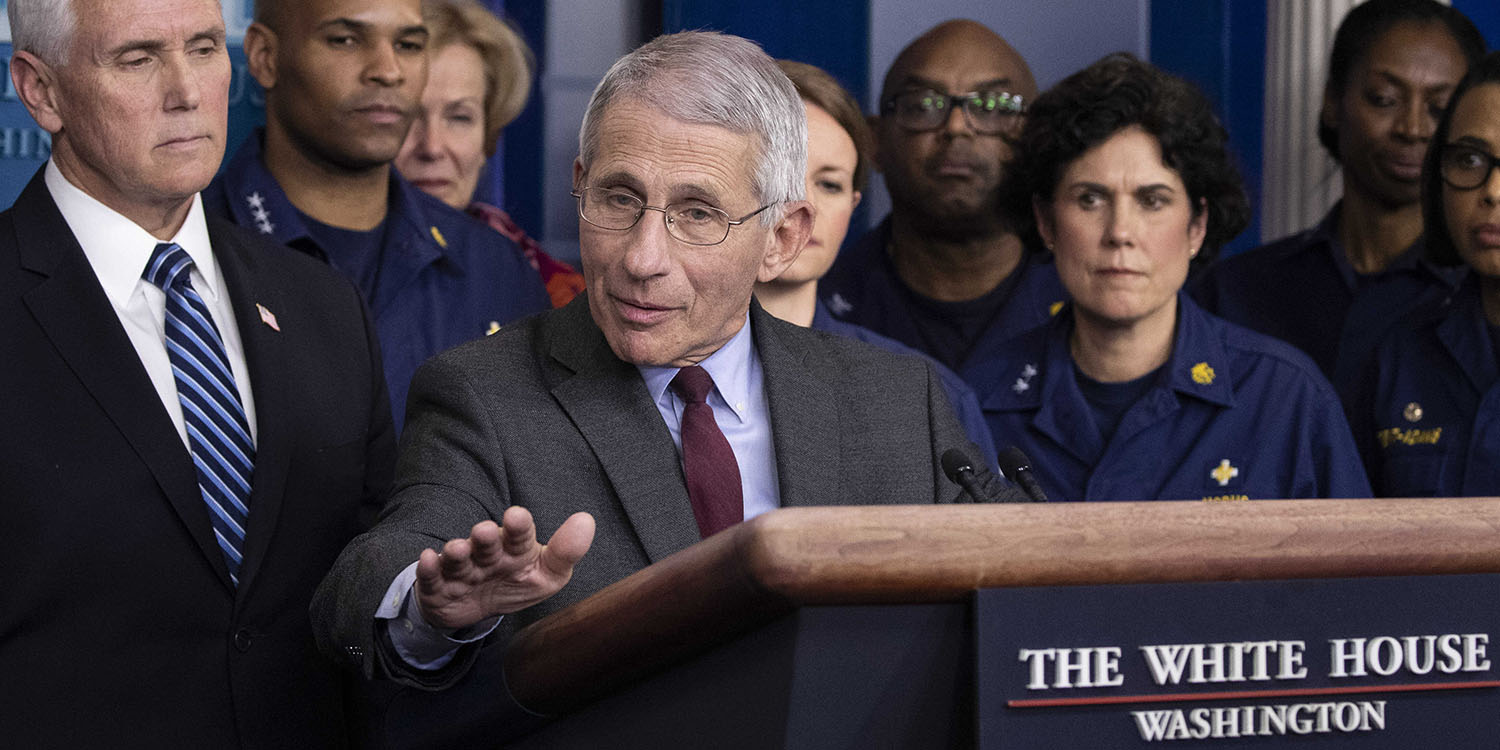 Apple and Google have gone to great lengths to safeguard privacy when designing the API, with two key features being that it doesn’t log either locations or identities …

Instead, it simply logs anonymous codes from nearby Bluetooth devices. Apps using the API will not know who any of the people are, nor where they were when they came into proximity with each other.

However, Fauci’s answer to a question during a Vanity Fair interview reveals that he thinks the API works using GPS locations, and he additionally thinks it identifies contacts.

Vanity Fair: Google and Apple are saying they’re going to develop technology to trace this via mobile phone. Do you think that’s a good idea? Have you consulted with them on how to develop those products?

Fauci: I haven’t personally consulted with them. But one of the sticky, sticky issues about that is that there is a lot of pushback in this country to get someone or some organization—particular if it’s sponsored by the federal government, I think they’d feel better about it if it’s private—to have by GPS somebody know where you were and when you were there. Even though from a purely public health standpoint, that makes sense. You know, you could look at somebody’s cell phone, and say, “You were next to these 25 people over the last 24 hours.” Boy, I gotta tell you the civil liberties-type pushback on that would be considerable. Even though from a pure public health standpoint, it absolutely makes sense.

President Trump had previously revealed his own lack of understanding about how it worked, with a vague suggestion that it might raise ‘constitutional problems,’ but that is, of course, less surprising than that of the country’s leading expert advisor.

The revelation that even the White House coronavirus lead hasn’t been properly briefed on the API underscores my argument that Apple really needs to spell out the privacy safeguards.

If there’s one thing that’s become abundantly clear since Apple and Google’s API partnership, it’s that the coronavirus contact tracing privacy protections need to be spelled out in terms that non-technical people (even POTUS) can understand.

The two companies have gone to pains to explain that privacy was top priority in the design of the application programming interface, but mainstream media reports and conversations with non-techy friends have made it obvious that many don’t understand why apps that use this can be trusted.