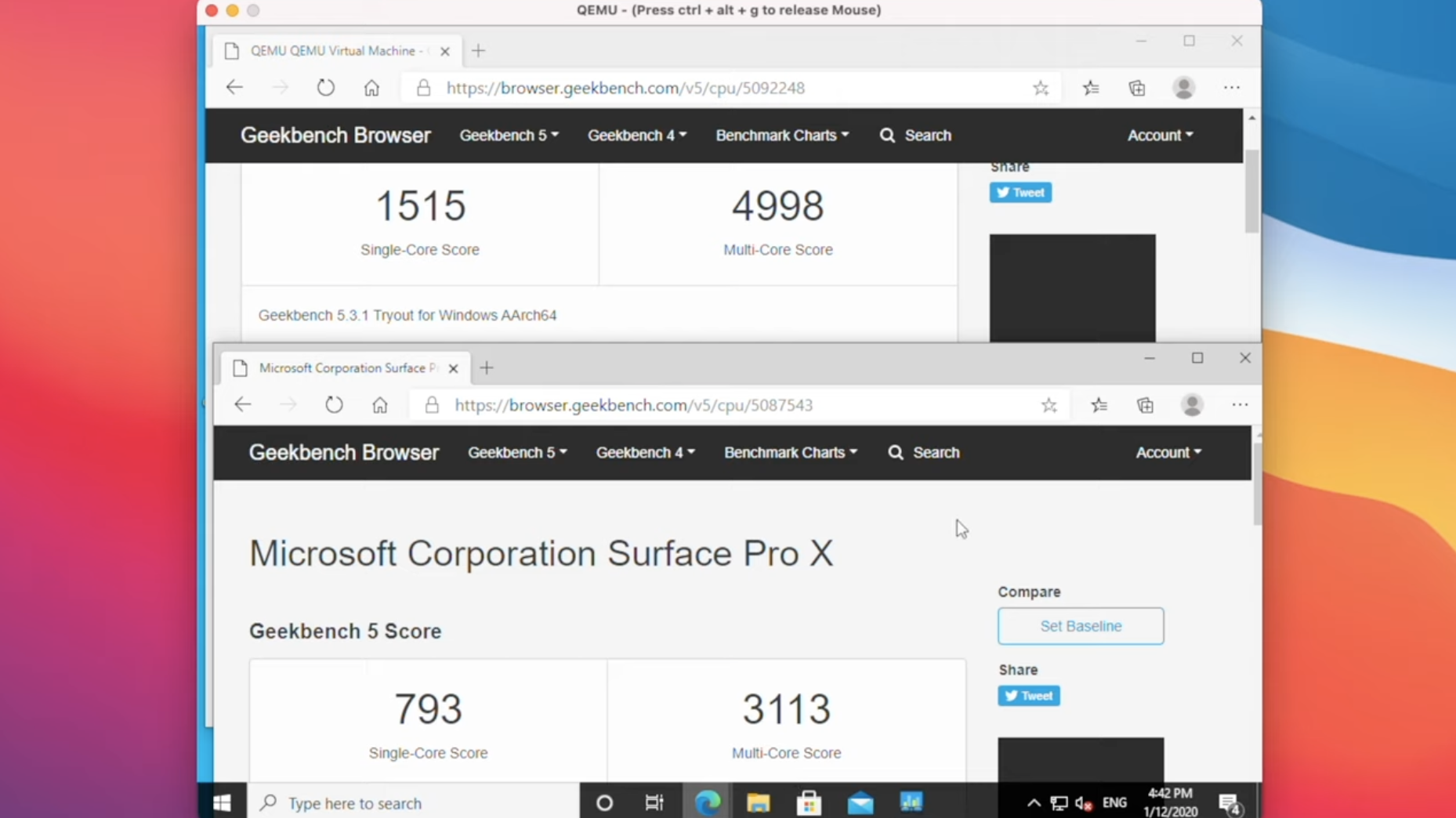 Last week we saw the first successful visualization of ARM Windows 10 on an M1 Mac. The good news is that it even appeared to be “pretty snappy.” Now we’ve got a look at a helpful walkthrough and peek at real-world performance in a new video, including the M1 Mac mini blowing away Microsoft’s Surface Pro X.

Alexander Graf was the first to successfully run an ARM Windows virtualization on an M1 Mac. He used the QEMU open source machine emulator and a Insider Preview of Windows.

Now, based on the work by Graf, there’s a new build of the open source ACVM launcher (by Khaos Tian and 3 others) that works with QEMU to run ARM Windows on ARM Macs.

How to run ARM Windows on M1 Macs

YouTuber Martin Nobel shared a useful video of the process to run an ARM Windows virtualization on Apple Silicon as well as a real-world look at the overall impressive performance considering it’s an unofficial workaround.

Impressively, the Martin’s M1 Mac mini benchmarked much higher than Microsoft’s Surface Pro X…almost doubling the single-core score, and coming in almost 2,000 higher in the multi-core score. Sure it’s not a desktop like the Mac mini, but you can get about the same performance from the $999 M1 MacBook Air, a closer competitor to the $999 Surface Pro X.