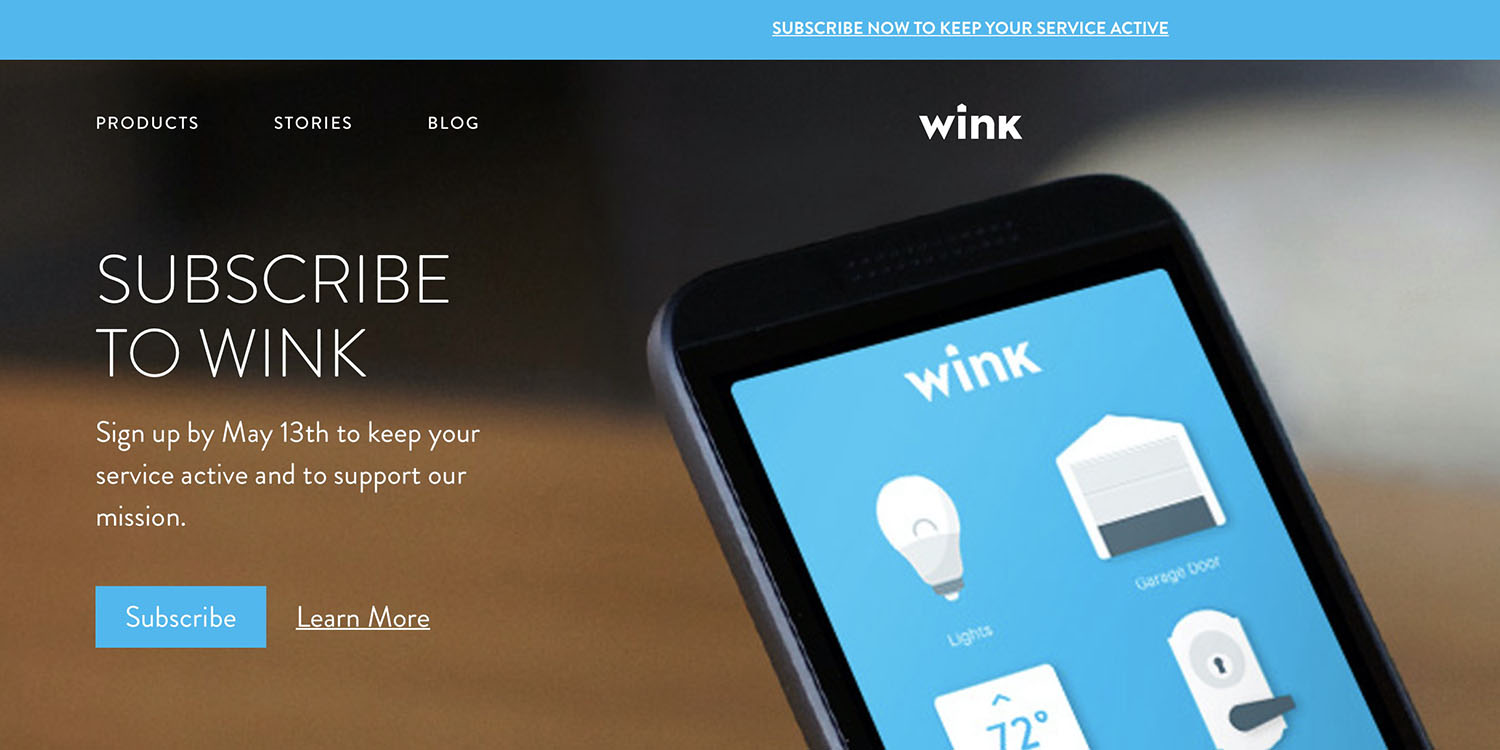 Smart home company Wink has been accused of extortion by customers furious at an announcement that they will be forced to pay a monthly subscription else their existing products will cease to function.

Wink says any customers who don’t pay the $4.99/month subscription will no longer be able to access devices via the app, voice or API, and that automations will no longer work …

The company made the announcement in an innocuously-titled blog post, Introducing Wink Subscription.

We have a lot of great ideas on how to expand on Wink’s capabilities and satisfy the many requests from our user base. In order to provide for development and continued growth, we are transitioning to a $4.99 monthly subscription, starting on May 13, 2020. This fee is designed to be as modest as possible. Your support will enable us to continue providing you with the functionality that you’ve come to rely on, and focus on accelerating new integrations and app features.

Should you choose not to sign up for a subscription you will no longer be able to access your Wink devices from the app, with voice control or through the API, and your automations will be disabled on May 13. Your device connections, settings and automations can be reactivated if you decide to subscribe at a later date.

The company says the move was forced on it as its existing business model is no longer viable.

Since 2014, Wink has grown to support more than 4 million connected devices. During this time, Wink has relied solely on the one-time fee derived from hardware sales to cover ongoing cloud costs, development, and customer support. Providing users with local and remote access to their devices will always come at a cost for Wink, and over the years we have made great progress toward reducing these costs so that we can maintain that feature.

Wink has taken many steps in an effort to keep your Hub’s blue light on, however, long term costs and recent economic events have caused additional strain on our business.

7 days to pay the ransom or they kill our smart homes.

I hope they go down in flames now.

I already tossed mine in the trash. Even if you do get the subscription, the company will go bankrupt in a month and you will have junk anyway.

The worst part about this whole thing is how calculated the ambush is. Blindside attack. Turnabout would be: “Hey Wink, nice company you got there. Sure would be a shame if an angry customer launched a DDoS on you.”

Wow, the one week deadline is close to extortion.

Even if someone decides to bail can ya really switch over to another system in a week (given normal life constraints)? so most have no choice but to pay the ransom.

I have a feeling our $5 will pay off some of Will’s outstanding Wink debts and then the company will fold in less than 6 months. This reeks of Moviepass shenanigans.

Extortion is the correct word to be using here, let me know where to sign for class action suit.

This is pure extortion. If you don’t pay us in 1 week, you can’t use any of the lights in your house.

While this may be the only way the company can survive, the ridiculously short notice and largely unapologetic tone of the announcement isn’t going to win the company any friends.

Last summer, it was found that Wink accounts still had access to Nest cams after they had been reset and sold to new owners. The fault in that case, however, lay with Google.