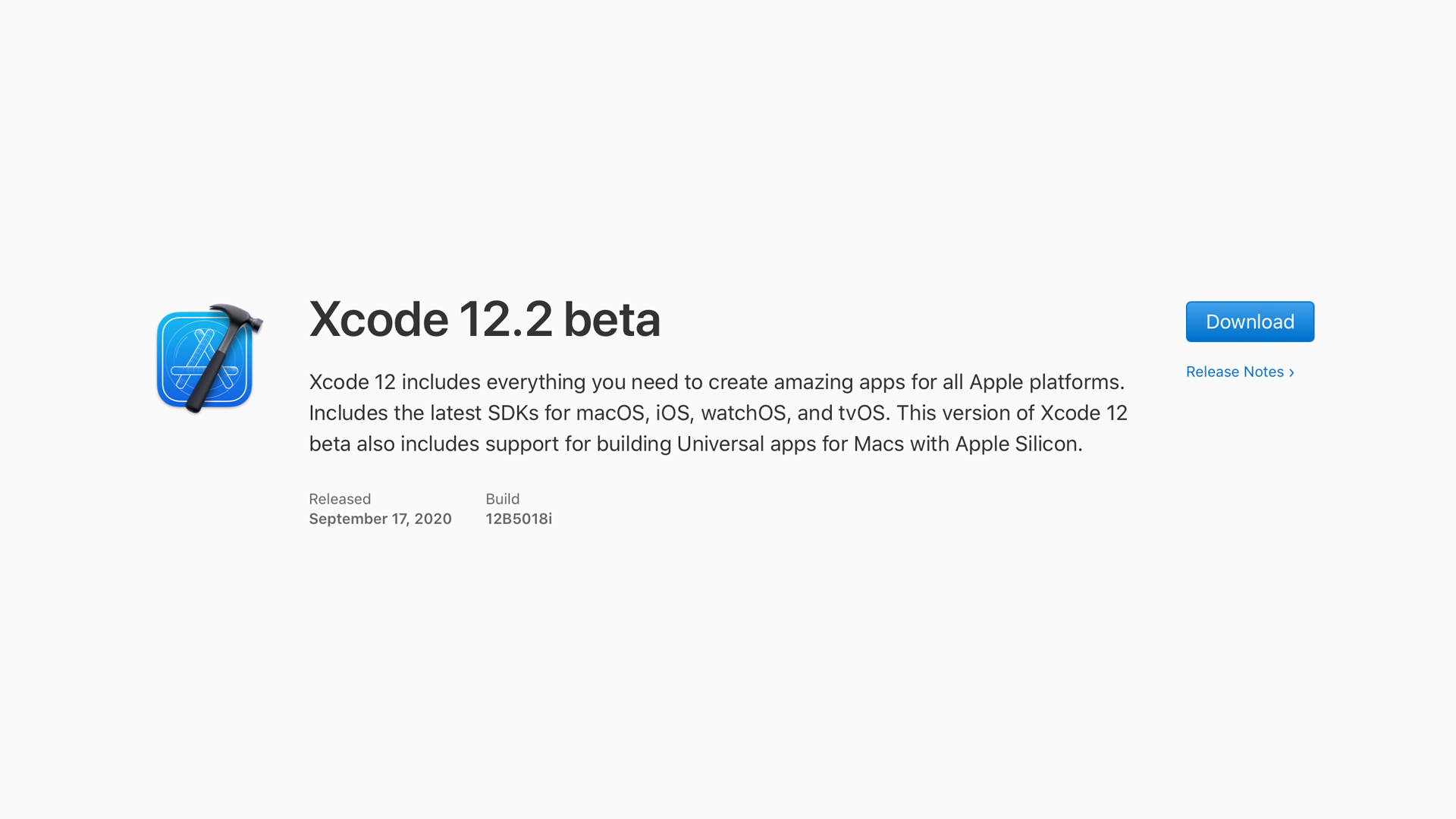 Following the seventh beta release of macOS Big Sur, Apple has just released the new Xcode 12.2 beta for developers — even though Xcode 12.1 has never been released. What’s more interesting is that the Xcode 12.2 release notes explicitly mention compatibility with iOS 14.2 and other software updates that haven’t been officially announced yet.

Xcode is the tool used by developers to create apps for iOS, macOS, watchOS, and tvOS. A new version of Xcode is required to build apps for new versions of Apple’s operating systems, as Apple released Xcode 12.0 this week with the iOS 14 SDK.

Apple quietly released the Xcode 12.2 beta today on the Apple Developer portal, which can now be downloaded by developers. While skipping Xcode 12.1 may seem unusual, the release notes for Xcode 12.2 mention full support for iOS 14.2, iPadOS 14.2, tvOS 14.2, and watchOS 7.1 — of which none are available either as public releases or developer beta.

Apple quickly took the release notes of the Xcode 12.2 beta down, but the software is still available to developers for now. Previous rumors have suggested that iPhone 12 will be released next month with iOS 14.1, as iOS 14.0 is now available to all users. However, this may suggest that iOS 14.1 may arrive prior to the new iPhones, which could be shipped with iOS 14.2.

We are now investigating whether the Xcode 12.2 beta reveals any new details about the upcoming iOS 14.2.