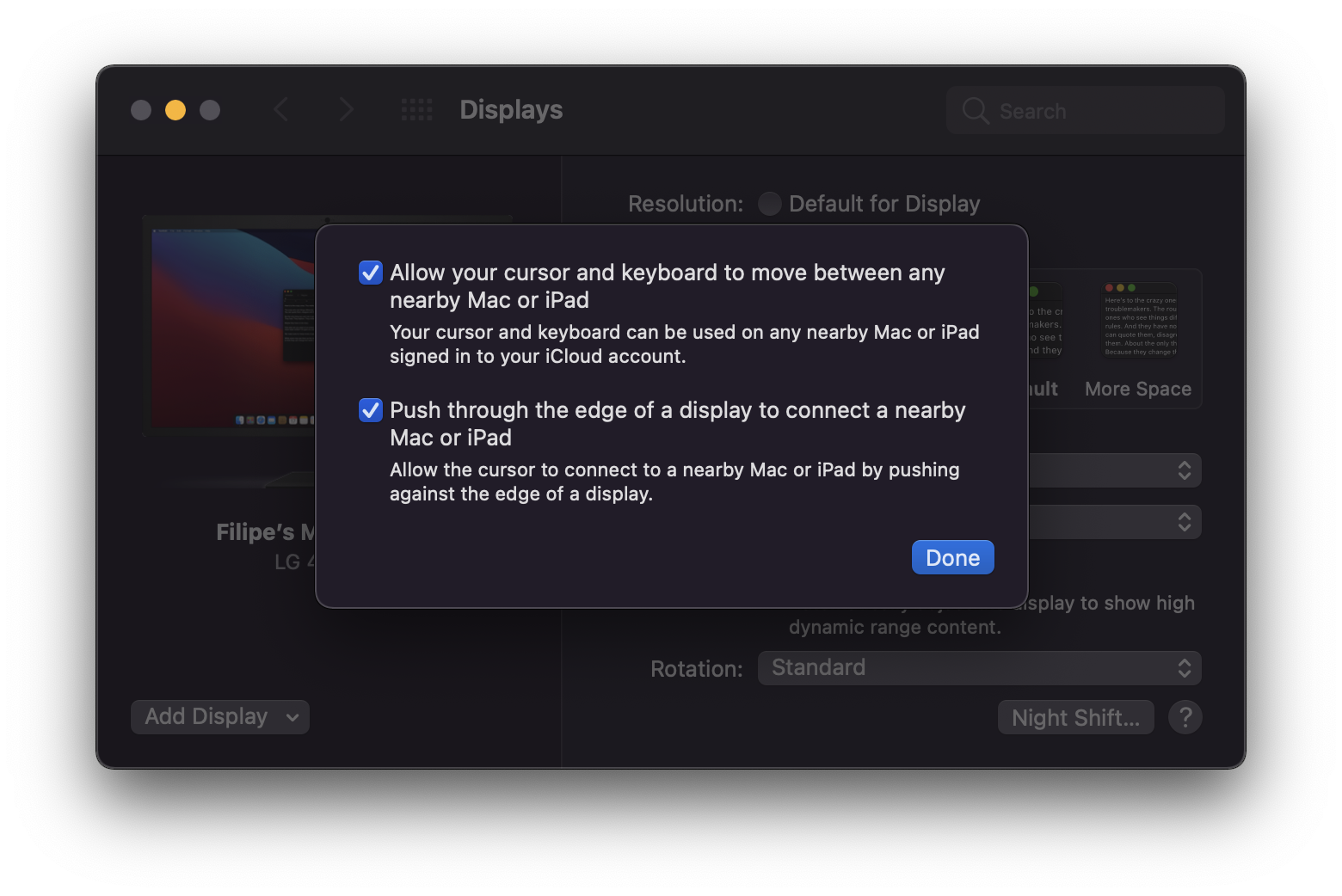 macOS Monterey was announced in June at WWDC 2021 with a new feature called Universal Control, which will let users control an iPad or even another Mac using the keyboard and mouse of their main computer. Unfortunately, this feature was never made available to beta users, but a developer has now found a way to partially enable Universal Control in macOS Monterey beta 5.

The feature can be enabled by changing some internal files in the operating system, similar to how users could revert to the old Safari in the first beta of macOS Monterey. The process is not exactly difficult, but modifying system files can always result in other issues, so be aware of this before you try.

Developer Zhuowei Zhang (via MacRumors) has shared on GitHub the codes you need to enable Universal Control on a supported Mac. To make things easier, you can download the file from GitHub to simply move it to the right folder on your Mac.

After downloading the file containing the right codes, move it to the following folder: /Library/Preferences/FeatureFlags/Domain/ — if the folder doesn’t exist, you can create it manually. Since this is an internal macOS folder, you may need to disable System Integrity Protection on your Mac before modifying it. You can read more about how to disable SIP in this article on Apple’s website.

After moving the file to the right folder, a simple reboot should enable Universal Control on your Mac. It’s worth noting that the feature requires a 2016 Mac or later with iCloud and Handoff enabled.

How does it work?

One thing to keep in mind is that Universal Control can only be used with another Mac by following this method. Since there’s no way to modify the iPadOS 15 internal files without jailbreak, Universal Control won’t work with an iPad at this time.

In my tests with two Macs (an Intel MacBook Pro and a M1 MacBook Air), Universal Control worked just as promised. I was able to move the cursor from one Mac to the other, as well as reproduce gestures and type on both Macs using the same keyboard. The delay is barely noticeable and I was also able to move files between Macs using just the mouse.

At this point, it’s unclear why Universal Control is not officially available in the macOS Monterey beta. Perhaps this could be due to some problem on the iPadOS side, or Apple is planning to delay the feature for a future release.

Of course, this method was tested only with macOS Monterey beta 5 and may not work with upcoming betas.